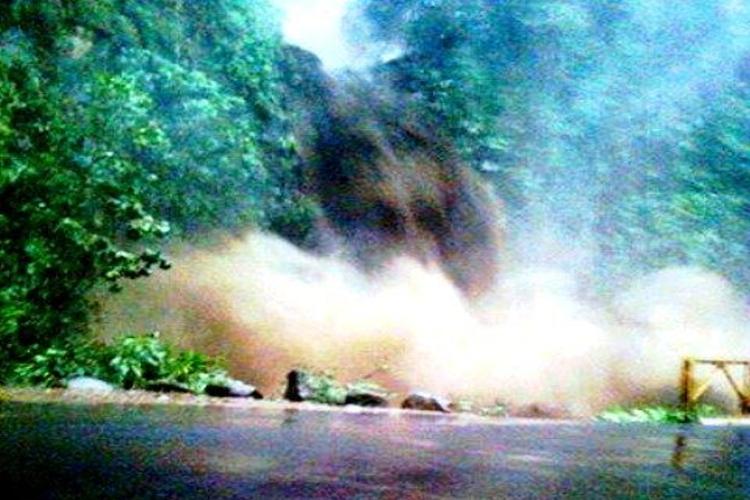 It was on January 8, 2009, at 1:21pm when the ground shook beneath the feet of Costa Ricans, destroying the community of Cinchona, when the earth literally opened up in the area of Vara Blanca.

On Monday, nature once again hit this region that has worked hard to recover, when a body of water swept away everything in its path, including the Bailey bridge in the area of La Paz watefalls.

This morning the main access to the La Paz waterfall is gone.

The water took everything in its path, leaving nothing behind. Dozens of families, once again became homeless, losing everything to nature.

Christian Perez, manager of the WaterFall Gardens told CRHoy.com that the collapse of the bridge will bring negative consequences to the economy of the area that in the last four years has fought hard to recover.

Many on the wrong side of the bridge could not get home last night, taking refuge in a temporary shelter in the Poasito school.

Members of the Fuerza Publica (police) are on site safeguarding the integrity of the people and surrounding areas and Cruz Roja (Red Cross) providing medical and emergency support.

In the 2009 earthquake, 23 people died, 17 went missing and more than 400 hoes completely destroyed.