Acquatic Park In Guanacaste Ready In 2014 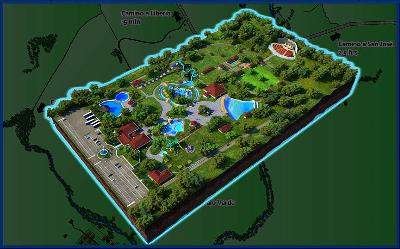 Over the last few decades, surfing has been a major attraction for visitors arriving in Costa Rica. The strong sets at Jaco Beach in the Central Pacific and Salsa Brava in the Southern Caribbean will test the skill of board riders, and the clean, smooth conditions often seen at Witch’s Rock and other breaks in Guanacaste make Costa Rica a prime surfing destination. 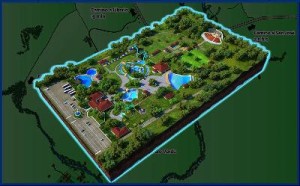 It is in the province of Guanacaste, however, that a curious amusement park project is underway and scheduled to open next year, just in time for the holidays and the school break. The project is actually a grand idea: a $10 million dollar investment in one of the sunnier and warmer regions of Costa Rica, with the capacity to entertain about 10,000 people each day. Seven massive swimming pools and other water attractions will welcome families from all over the country.

The name of the project is Water Kingdom, just like you read it in English. There is no Spanish name planned for it, although some of the attractions, such as Bahia Pirata (Pirate’s Bay) will remind you that you are still in Costa Rica. Information on Water Kingdom’s website indicates that the place will be a lot of fun: water slides, splash fountains, relaxing rafts, diving platforms, floating bounce houses, SCUBA diving instruction, athletic fields, mini-golf, restaurants, and more.

Water Kingdom’s location is a winner already: Just a couple of kilometers from the Palo Verde National Refuge and down the road from the Llanos de Cortes waterfalls in Bagaces. This is a beautiful region of Costa Rica, located about 40 kilometers away from several pristine, world-class surfing spots in the Gulf of Papagayo. Water Kingdom visitors, however, will not have to travel to the beach to catch some waves: They can stay in the park and enjoy 1.20 meter waves in 1,400 square meter pool complete with a beach that can accommodate hundreds of surfers.

The Waikiki wave pool is named after the legendary beach in the Island of Oahu in Hawaii. Water Kingdom’s website explains that the water attractions in the park are on par with those in the United States and Spain, although the wave pools in those countries are located at a very considerable distance from the nearest surfing spot.

Water Kingdom has been certified by the National Board of Tourism (Spanish initials ICT) as a major attraction in Costa Rica. The project is expected to be completed in November 2014.