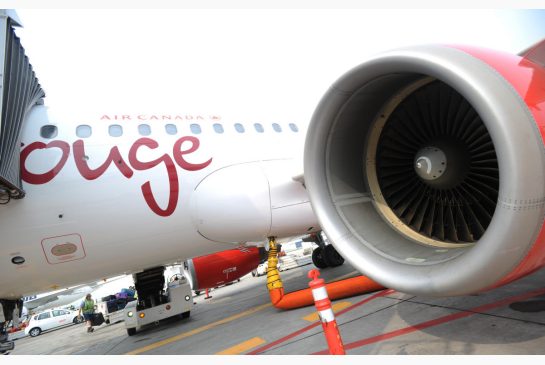 Air Canada launched its discount service Rouge on Monday, with a flight from Toronto to Kingston, Jamaica; it was followed by a flight to Liberia, Costa Rica.

With suitcases, sunglasses and sandals in tow, customers were greeted by a veritable island party at Pearson Airport gates E70 and E71 in honour of the inaugural liftoff. 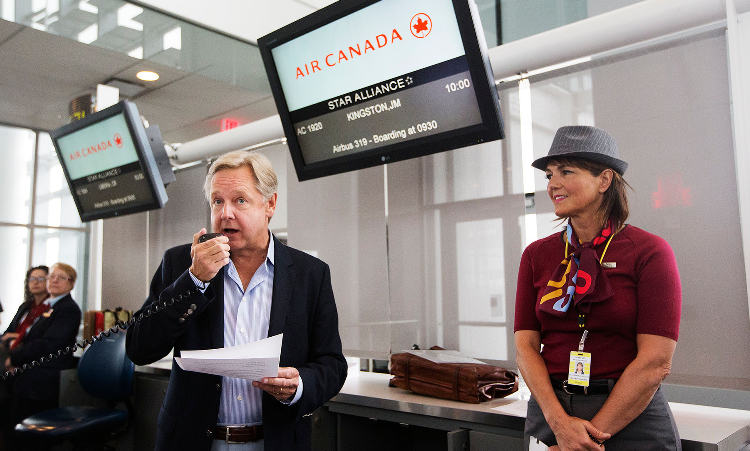 Ya Mon, no worries! CEO Michael Friisdahl, left, and VP of Customer Experience Renee Smith-Valade, right, celebrate Canada Day by announcing Air Canada rouge’s first ever flight to Kingston, Jamaica and Liberia, Costa Rica at Toronto Pearson International Airport on July 1, 2013. Air Canada rouge flies to Western Europe and the Caribbean from its Toronto hub and twice weekly flights to Athens from Montreal, with more routes coming in the fall.
Rouge is all part of a strategy by Air Canada to get a chunk of the growing leisure market. Competition will be stiff as Canada’s largest airline tries to muscle in on routes that have been dominated by charters like Air Transat and Sunwing or rival WestJet Airlines.

Air Canada Rouge president and CEO Michael Friisdahl said the key is creating an on-board experience that is different, given that Rouge’s fares will be competitive due to its new lower cost structure.

“That’s the price of entry into the leisure market,” he said. “What we will now need to ensure is when customers board our airplanes, the experience they will have for that very competitive price will be an experience that they will appreciate.”

Direct flights to Costa Rica are difficult to come by at this time of year, said Anne McFarlane of Milton, who appreciated being able to skip the layover and U.S. paperwork on the way to her condo in the Central American country.

Flights to Liberia (from Toronto) are once a week on Mondays. 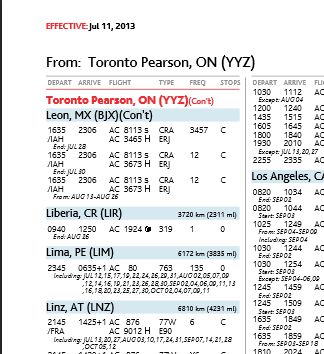 Flights to San José (from Toronto) are twice a week on Tuesdays and Fridays. 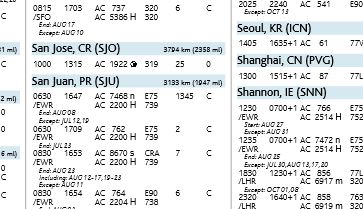 Whether you struggle to learn in a traditional educational...
Uruguay