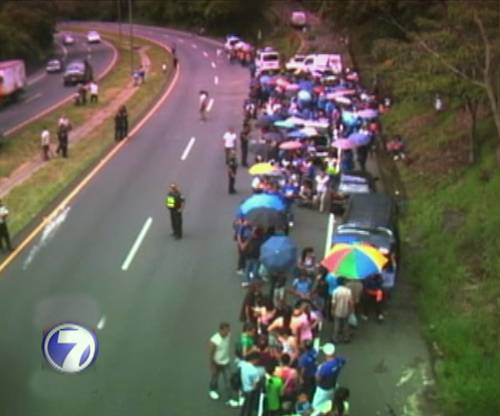 For a good part of the day Tuesday, starting in the early morning, residents of Alajuelita blocked the entrance to the residential community in Santa Ana where Presidenta Laura Chinchilla lives.

The protest generated tremendous traffic chaos on the Ruta 27 from Escazú to Santa Ana, traffic backing up all the way to the Escazú toll station at some points.

There were some 200 protestors of mostly women and their children taking part in the blockade.

The Policia de Transito decided to close the westbound lanes, detouring traffic onto Guachipelin. On scene was also the PANI – the child welfare organization – ready to intervene on behalf of the children, but it did not have to. The Cruz Roja (Red Cross) was also on hand to assist almost two dozen who felt dizzy and tiredness from the intense heat.

The group is calling on the government of Laura Chinchilla to start the housing project on the Boschini farm in Alajuelita, a development of 16 condominium towers for poor families.

“This (the protest) does not help. This is not the way to fix a problem. There are cowards who do not show their faces instead they send women and their children to protest”, Presidenta Chinchilla said. 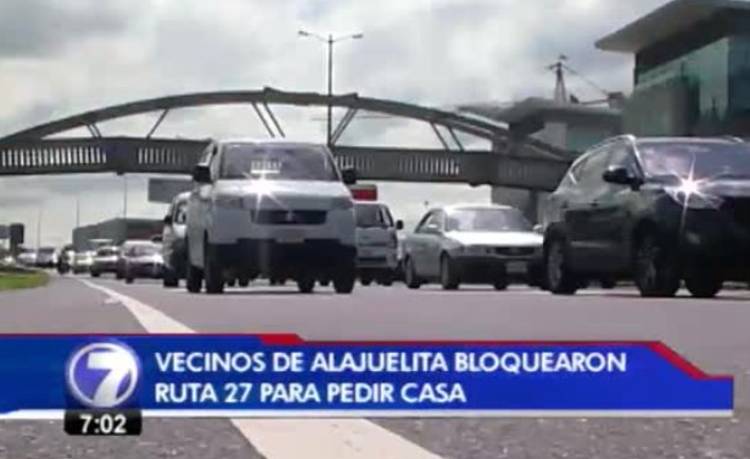 “We were promised housing during her political campaign and all was a big lie”, said Marlen Bermúdez of COLUPOA.

For his part, the president of the Instituto de Vivienda y Urbanismo (INVU) – Costa Rica’s assisted housing agency, Álvaro González, explained that if the project is fast tracked it could begin in the first quarter of next year (before the end of the term of the current government).

The blockade was lifter shortly after 1pm.

- Advertisement -
Paying the bills
Previous articleYes to Life, No to Breast Cancer
Next article73% Of Costa Rica’s Early Prison Releases Are “Violent” Criminals