Yes to Life, No to Breast Cancer 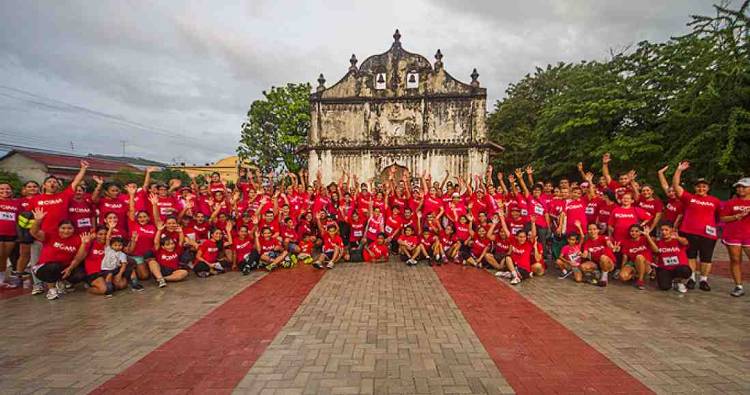 By Ariana Crespo, VozdeGuancaste – Nicoya’s streets were tinted pink this past Sunday, October 27 to say yes to life and no to breast cancer, as well as to highlight and promote the importance of early detection and self-examination in both men and women.

The Guanacaste CIMA Hospital along with the Municipality of Nicoya took the initiative to organize a recreational walk and horseback ride, and about 400 people  registered to participate. Some walked while others jogged, ran or rode bicycles. The Nicoya Riders Association also participated in the horseback ride that began a few minutes after the walkers.

Registration cost 2000 colones ($4) for the walk and 3500 ($7) for the ride. The Cima Hospital will use the funds from the activity to cover the cost of mammograms for low-income people.

The walk began at 4 p.m. Despite the rain and a rather cloudy sky, attendees kept up a good energy and a positive attitude.

One of the participants, Emilia Ramirez, said, “It’s great because this event invites all men and women to try to do a self-examination and a mammogram so we can live a little longer, because remember that breast cancer is silent and there are many who stay on the path out of fear. I just did it for the same reason, because I want my health.”

The 4.3-kilometer walk left from the municipality and passed through El Carmen, Los Angeles, San Martin and Calunga until arriving at the colonial square. The group of scouts and guides from San Joaquin provided hydration to participants.

Once the route through the neighborhoods of Nicoya was completed, activities continued in front of the church. There was a one-hour Zumba class with instructor Flor Morales in which many women, men and children participated.

The Cima Hospital awarded stick horses to the children for them to race. The activity ended at 7 p.m. with poetry and live music by the Nicoyan singer-songwriter Max Goldenberg.