Alcohol and Caffeine, Two Drugs that Have Shaped Human Civilization

(Q24N) No two drugs have defined human civilization the way alcohol and caffeine have.

Nature created both to kill creatures much smaller than us — plants evolved caffeine to poison insect predators, and yeasts produce ethanol to destroy competing microbes.

The desire for a stable supply of alcohol could have motivated the beginnings of agriculture and non-nomadic civilization.

True to its toxic origins, alcohol kills 3.3 million people each year, bringing about 5.9% of all deaths and 25% of deaths among people aged 20 to 39. Alcohol causes liver disease, many cancers, and other devastating health and social issues.

On the other hand, research suggests that alcohol may have helped create civilization itself.

Alcohol consumption could have given early homo sapiens a survival edge. Before we could properly purify water or prepare food, the risk of ingesting hazardous microbes was so great that the antiseptic qualities of alcohol made it safer to consume than non-alcoholic alternatives — despite alcohol’s own risks. 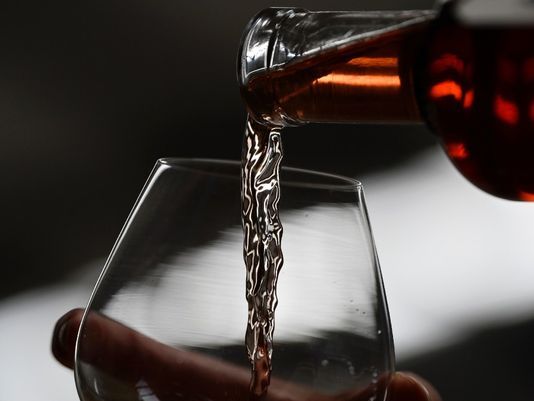 Even our primate ancestors may have consumed ethanol in decomposing fruit. Robert Dudley, who created the “drunken monkey” hypothesis, believes that modern alcohol abuse “arises from a mismatch between prehistoric and contemporary environments.”

At first, humans obtained alcohol from wild plants. Palm wine, still popular in parts of Africa and Asia today, may have originated in 16,000 BC. A Chilean alcoholic drink made from wild potatoes may date to 13,000 BC. Researchers now believe the desire for a stable supply of alcohol could have motivated the beginnings of agriculture and non-nomadic civilization.

Residue on pottery at an archeological site in Jiahu, China, proves that humanity has drunk rice wine since at least 7,000 BC. Rice was domesticated in 8,000 BC, but the people of Jiahu made the transition to farming later, around the time we know that they drank rice wine.

“The domestication of plants [was] driven by the desire to have greater quantities of alcoholic beverages,” claims archeologist Patrick McGovern. It used to be thought that humanity domesticated wheat for bread, and beer was a byproduct. Today, some researchers, like McGovern, think it might be the other way around. 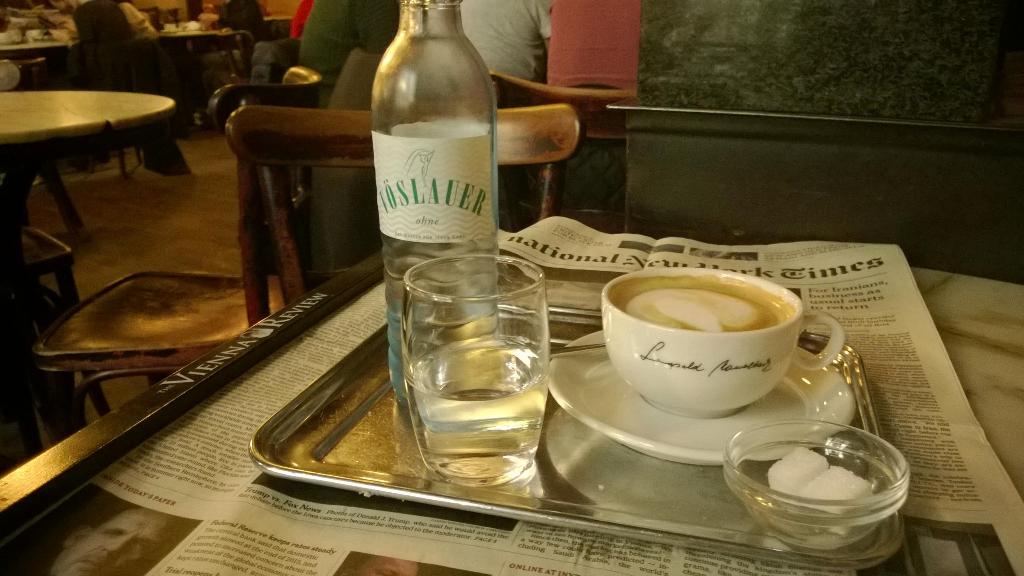 Alcohol has been with us since the beginning, but caffeine use is more recent. Chinese consumption of caffeinated tea dates back to at least 3,000 BC. But the discovery of coffee, with its generally far stronger caffeine content, seems to have occurred in 15th century Yemen.

Before the Enlightenment, Europeans drank alcohol throughout the day. Then, through trade with the Arab world, a transformation occurred: coffee, rich with caffeine, a stimulant, swept across the continent and replaced alcohol, a depressant.

As writer Tom Standage put it,

The impact of the introduction of coffee into Europe during the seventeenth century was particularly noticeable since the most common beverages of the time, even at breakfast, were weak ‘small beer’ and wine. Both were far safer than water, which was liable to be contaminated… Coffee… provided a new and safe alternative to alcoholic drinks. Those who drank coffee instead of alcohol began the day alert and stimulated, rather than relaxed and mildly inebriated, and the quality and quantity of their work improved… Western Europe began to emerge from an alcoholic haze that had lasted for centuries.”

Coffeehouses quickly became important social hubs, where patrons debated politics and philosophy. Adam Smith frequented a coffeehouse called Cockspur Street and another called the Turk’s Head, while working on The Wealth of Nations.

After the Boston Tea Party, most Americans opted for coffee over tea, raising their caffeine intake. Thomas Jefferson called coffee, “the favorite drink of the civilized world.” Even today, Americans consume three times more coffee than tea. In the words of historian Mark Pendergrast, “The French Revolution and the American Revolution were planned in coffeehouses.”

Today, despite population growth, fewer people live in poverty than ever before. People live longer lives, are better educated, and many more enjoy the blessings of liberal democracy than was the case decades ago.

Caffeine is the most widely consumed psychoactive drug worldwide. Alcohol gave civilization its start, and it certainly helped the species drown its sorrows during the grinding poverty of much of human history. But it was caffeine that gave us the Enlightenment and helped us achieve prosperity.

Panampost.com. Chelsea Follet works at the Cato Institute as a Researcher and Managing Editor of HumanProgress.org. This article was originally published on FEE.org. Read the original article.

Restricted drugs: the mail-order transfer that woke up with the pandemic

QCOSTARICA - In the midst of the COVID-19 pandemic, the country saw an increase in the transfer of restricted products, mainly medicines without health...
Read more
Health

QCOSTARICA - After three days of silence, the Ministry of Health, this Tuesday morning finally published the numbers on the Covid-19 pandemic. Since last month,...
Brazil

Bossa Nova’s birthplace closes due to Covid-19 in Brazil

(Prensa Latina) Casa Villarino, one of the cradles of the bossa nova music movement in Brazil, closed its bar and restaurant in Rio de...
San Jose

Screaming for a Living: More than 5,000 try to earn a living in the streets of San Jose

QCOSTARICA - More than 5,000 people try to earn a living informally in the streets of San José by selling all kinds of products....
Trends

QCOSTARICA - Today, December 1, is a legal holiday in Costa Rica. Although the country had the day off on Monday, today there are...