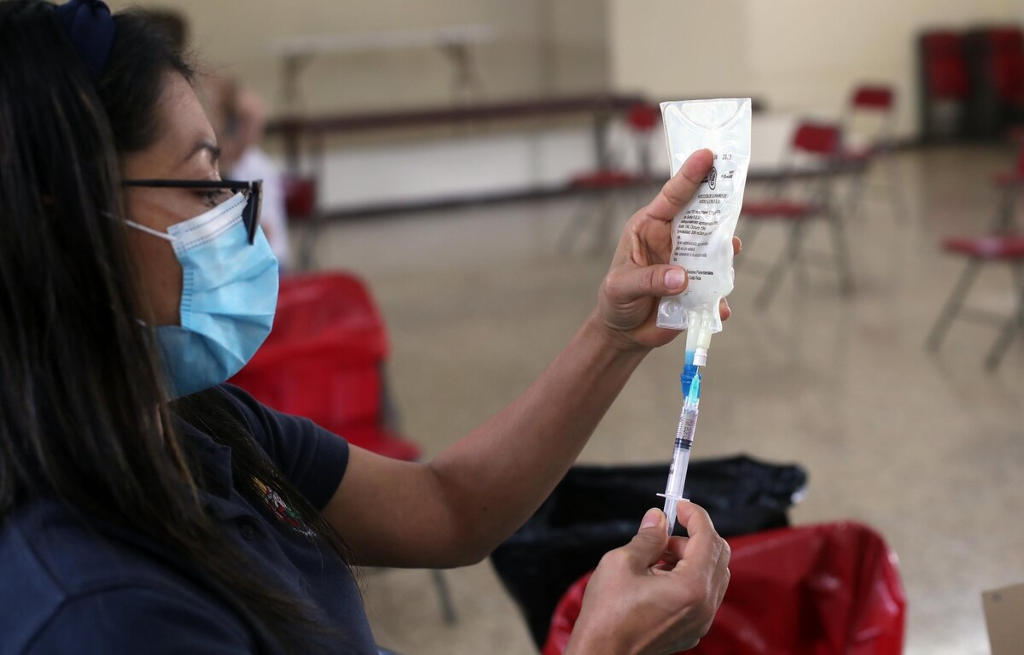 QCOSTARICA – Almost a million people aged 58 and over, throughout the country, are targeted by the Caja’s health centers to be vaccinated against covid-19 in the coming weeks.

They are part of the second group identified by the technical teams of the Ministry of Health and the Caja Costarricense de Seguro Social (CCSS), whose vaccination began last week but was reinforced with the arrival of 92,430 more doses Tuesday night.

The medical manager of the CCSS, Mario Ruiz, confirmed this Wednesday morning at a press conference that this second group is made up of 961,322 people, identified in the Expediente Digital Único en Salud (EDUS), the Caja’s Unique Digital Health Record system.

Of these, 148,000 are 80 or older, according to data from the CCSS Health Statistics Area.

This second group represents 28% of the more than three million people to be vaccinated against SARS-CoV-2 by the end of this year, according to the goals of the Ministry of Health.

The total goal is to protect almost 3.7 million, for which the Government has planned an estimated total investment US$77.4 million dollars for the purchase of 7.4 million doses.

According to Ruiz, the CCSS is able to vaccinate up to 300,000 people per week, but that depends, he clarified, on the amount of vaccines that reaches the country.

“It is a complex logistics for being a large, heterogeneous and dispersed population”, emphasized the Ruis, who reiterated the need for nationals and residents to update their data in the Ebáis to which they belong so that they can be called for the vaccination.

Currently, Costa Rica is vaccinating with the Pfizer/BioNtech vaccine. The pharmaceutical has made 7 shipments, the first being on December 23, for a total of 276,315 doses, that will be used to vaccinate some 138,000 people (2 doses per person).

This week, for example, 56,094 doses were distributed to 135 vaccination points.

Ruiz also called on the population to denounce any anomalous situation in the vaccination process, and promised that “corrective measures” will be taken. 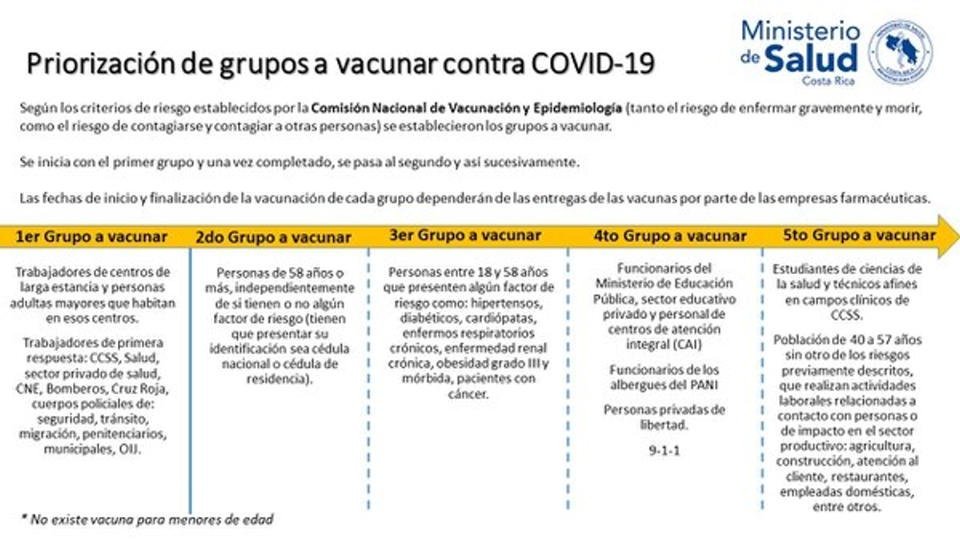