And Another Train Project For Costa Rica 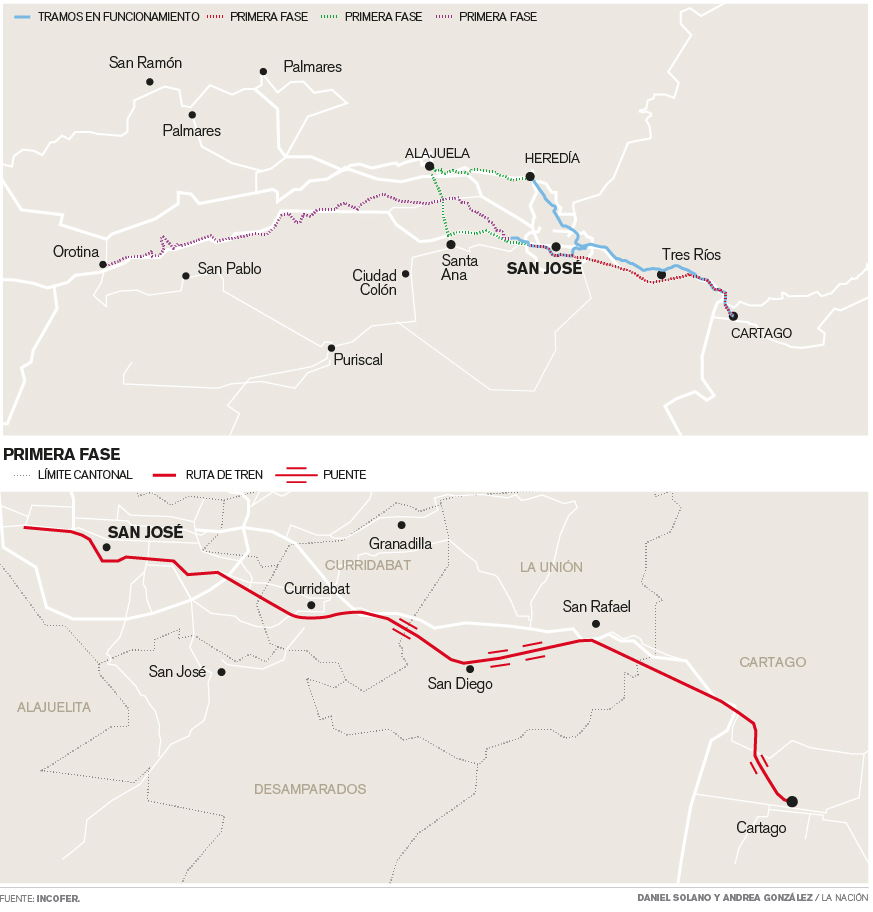 The new plan by the new president of the Instituto Costarricense de Ferrocarriles (Incofer) requires “… at least US$600 million to cover about 100 kilometres of track, which includes the route up to Alajuela.”

According to an article in Nacion.com, the chief of Incofer, Guillermo Santana, noted that “… technical cooperation funds are being sought: roughly 5% of the project value. The project involves several million dollars for the construction plans … … and they have already knocked on the doors of the Inter-American Development Bank (IDB), the Central American Bank for Economic Integration (BCIE) and the World Bank (WB). ”

“… ‘We will be working in parallel on the electrical part and the acquisition of equipment. Suppliers could be China, the Czech Republic, Switzerland and France. They will be international tenders, with very clear rules’ said Guillermo Santana “.

Meanwhile Carlos Segnini, the Ministro de Obras Publicas y Transportes (MOPT) –  Minister of Public Works and Transport, confirmed that “… they are waiting for the preparation of a feasibility study.”

In this graphic by La Nacion, the train would connect the cities of Cartago, San José, Alajuea, Heredia and Orotina.