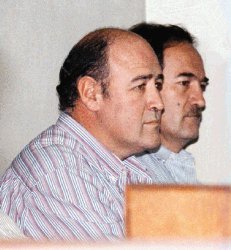 Some 10 years ago, the brothers Jose Luis and Mariano Lopez were accused, along with the directors of Banco Anglo-Costarrense of contributing to the collapse of the nation’s oldest bank.

Today, they can come back from their native Chile where they fled in 1999, their Interpol capture order rescinded. The statute of limitations on their charges has run out.

In September, 1999, in a controversial decision, then-President Jose Maria Figueres opted to close down the bank, stripped as it was of a major portion of its capital by the corruption of its management.

Although the bank’s directors and ex-manager went to prison here, the brothers fled to Chile, where they remained as nearly prisoners, unable to move internationally because of the Interpol arrest order.

But Chile refused to grant extradition on the basis that the Costa Rican charges did not constitute a crime under Chilean law. They fled 37 days before their court date after having lived here 22 years.

Their local businesses remained for years under court management due to their having fled a civil suit as well as the criminal charges. This ended only in 2009 when a deal was struck with them retaining some properties while ceding some. 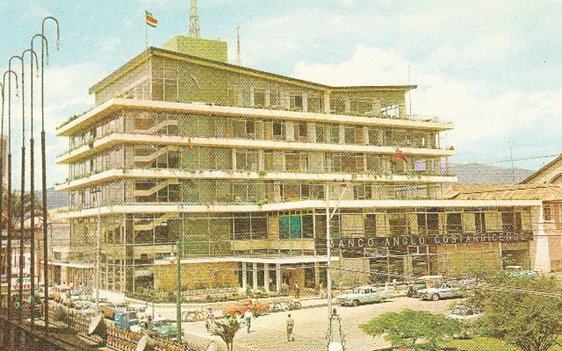 The Banco Anglo in its heyday. Today the building is home to the Ministerio de Hacienda (the taxman)

Even today, the brothers retain some businesses — La Nacion reported 28 in which they figure as directors — kept current by the efforts of their local lawyer, Francisco Campos.

Campos claims that the brothers lost $4 million in the deal with prosecutors. However, the bothers still retain an interest in Europa Motors, Yamaha, Escazu and Zapote properies and a coffee plantation in Santo Domingo de Heredia.

Far from defraying losses in the bank, the government retained farmland at Pococi in Limon province valued at a little more than $500,000. Since Banco Anglo had been nationalized, the government had to pick up the tab for depositors who were reimbursed 100%.