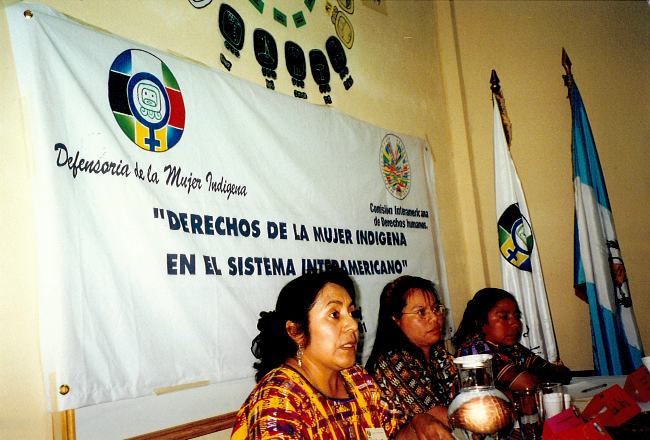 (IPS) – Latin American states are still failing to provide guarantees for women’s educational, sexual and reproductive rights, according to activists from different regions of the world meeting in the Mexican capital.

“Pending issues include economics, education, violence and sexual and reproductive health,” María Oviedo, the Argentine training manager for the Latin American and Caribbean Committee for the Defence of Women’s Rights (CLADEM), told IPS. “Enforcement of the laws is the weakest link. Governments lack a comprehensive policy to address these issues.”

CLADEM, founded in 1987, launched a campaign in 2011 with the slogan “For a state that fulfills its duties towards women’s human rights. The time has arrived!” Financed by the European Union and the Dutch organization Oxfam Novib, the campaign will conclude in 2015.

In Latin America, indicators on primary school education, employment and incomes have improved over the past decade, but there are still significant gaps between the status of women and men in this region with a highly patriarchal culture.

There are some 163 million economically active men and 113 million women in the region. By 2020 these figures are forecast to rise to 188 million and 141 million respectively, according to the Economic Commission for Latin America and the Caribbean (ECLAC).

There is an upward trend for women’s employment, and ECLAC estimates that by 2020, 56 percent of women will be working outside the home, compared to 52 percent in 2010.

“Inequality and injustice underlie day-to-day violence,” Gabriela Delgado, of the human rights program at the state National Autonomous University of Mexico (UNAM), told IPS. “The bottleneck for women’s struggles is the justice system. This means that structural changes are needed.”

Among the states’ pending debts in this area are legislative reforms to establish formal equality under the law, and the enforcement of policies to achieve the goals of access to economic resources, violence-free lives, sexual and reproductive rights and non-sexist education to combat discrimination.

Activists have identified laws that tolerate marital rape and other kinds of rape, endorse different minimum ages at which men and women can marry, or grant greater rights to men on marriage, in countries like Argentina, Bolivia, Guatemala, Haiti, Nicaragua and Panama.

Between 17 and 53 percent of women in the region are victims of violence, and this scenario is exacerbated because 92 percent of reported crimes go unpunished.

In the view of Rosa Cobo, an academic at Spain’s public University of A Coruña, a mixture of age-old forms of violence are reemerging, together with new phenomena linked to the illegal economy and organized crime.

“We are living in a world characterized by geopolitical, economic, political and patriarchal disorder, which produces excessive violence that always affects the most disadvantaged and the weakest sectors,” Cobo told IPS.

She cited as examples the femicides (gender-based murders of women) in Guatemala and Ciudad Juárez, on the border between Mexico and the United States; gender violence in armed conflicts; the trafficking of women for sexual exploitation; and the sale of women into marriage in Asia.

The activists called for guarantees from states for equality between men and women and girls and boys, through the elimination of discriminatory rules and practices, and the promotion of equality and shared responsibilities for domestic chores, in order to eradicate poverty and usher in a life free from violence for women and girls.

They also called for sexual and reproductive autonomy for women, access to reproductive health resources and services, and secular, intercultural, non-sexist and anti-discriminatory education.

“There is a worrying debt to women that is going to take years to overcome,” Oviedo said.

CLADEM, which is based in Lima, launched a campaign in 2009 for non-sexist and anti-discriminatory education to promote education based on respect, equality and cooperation between the sexes.

“Isn’t it likely that there is a relationship between this extreme violence against women and the progress made in winning women’s rights in recent years?” Cobo asked.

This kind of violence “shows a compulsion to control, in response to the social reality that criticizes the status of women. Violence has been displaced from known spaces to the unknown, so that men are now killing women whom they do not know,” she said.