Angulo “Too Sick” To Stand Trial? 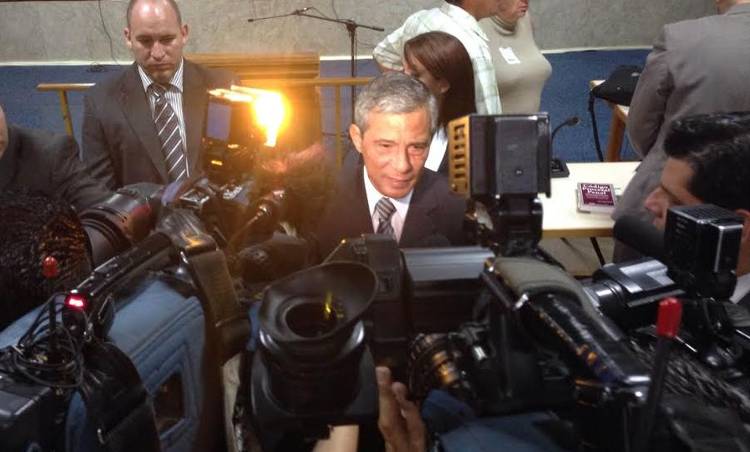 It was back to work today in Costa Rica, including the courts that had programmed the start of the trial of Liberación legislator Jorge Angulo, accused of extortion.

Angulo’s son told the media on Sunday that his father was in hospital, checking in at the La Católica hospital, Saturday and being treated for a heart condition.

One person who is doubtful that Angulo is really sick is Costa Rica’s Attorney General, Jorge Chavarría, saying publicly he doubts the medical report presented by the defence attorney. Chavarría asked the court justices to order forensic doctors to study the report.

Responding to the call by the Attorney General was Judge Magda Pereira, who on Monday ordered a full report by the state forensic doctors before deciding if the trial would be suspended or resume in the coming days.

Defence attorney Rafael Gairaud told the media this morning that he visited with his client on Sunday but would not comment publicly on the medical report.

Angulo and 11 others face charges of extortion, and influence peddling, among others.

In 2011, Angulo renounced his legislative immunity, allowing prosecutors to continue the investigation for being involved a series of criminal and civil scandals beginning in 1974, including allegations that the lawmaker demanded kickbacks from construction company COINKRJ, S.A., which was granted a concession to build the Italian-Costa Rican High School in San Vito de Coto Brus, in southern Costa Rica, and allegations of a US$1,900 personal hotel bill initially charged to taxpayers. According to La Nación, Angulo and his family spent several days at the Sierra Resort and Casino in the southern Pacific port city of Golfito and charged it to the Southern Zone Development Authority, a government agency that operates Golfito’s duty-free zone.