Labrador retrievers, basset hounds, beagles, French bulldogs, chihuahuas, fox terriers, chow chows and German shepherds, among other breeds, where followed in the footsteps of their owners on Paseo Colon on Sunday to witness the signing of the Animal Welfare Act (Ley de Bienestar Animal  in Spanish) by President Luis Guillermo Solis.

Without question, the protagonists of the national event were the dogs. 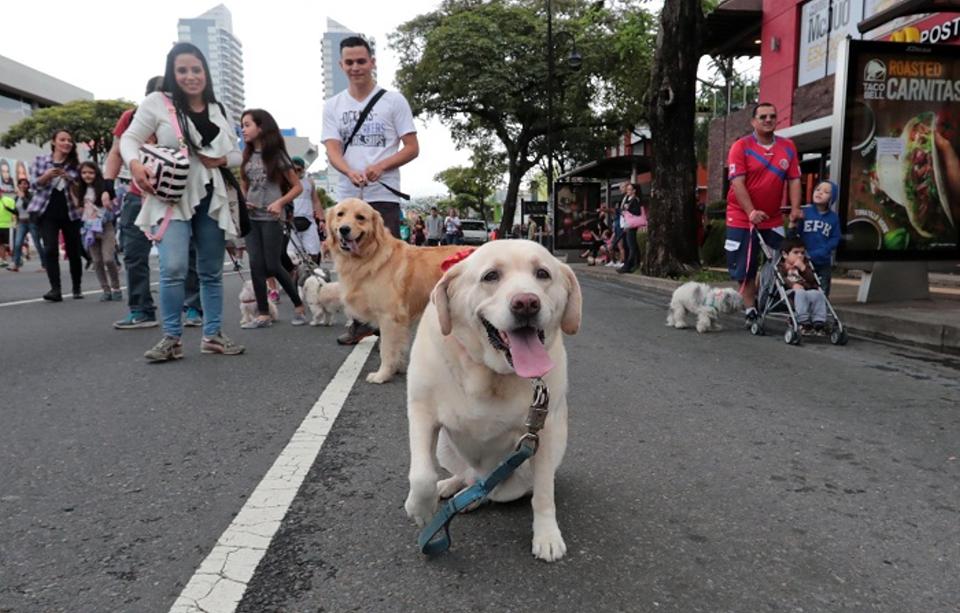 “We are very happy to be part of the national history. Our animals have the right to live with respect and to punish those who want to hurt them ” said María Arguedas, a resident of Alajuela (city), while holding Lucy, a small French poodle.

With was at 10:55 am that the ink was applied to the document that made the long-awaited law of cruelty against animals a reality in Costa Rica. 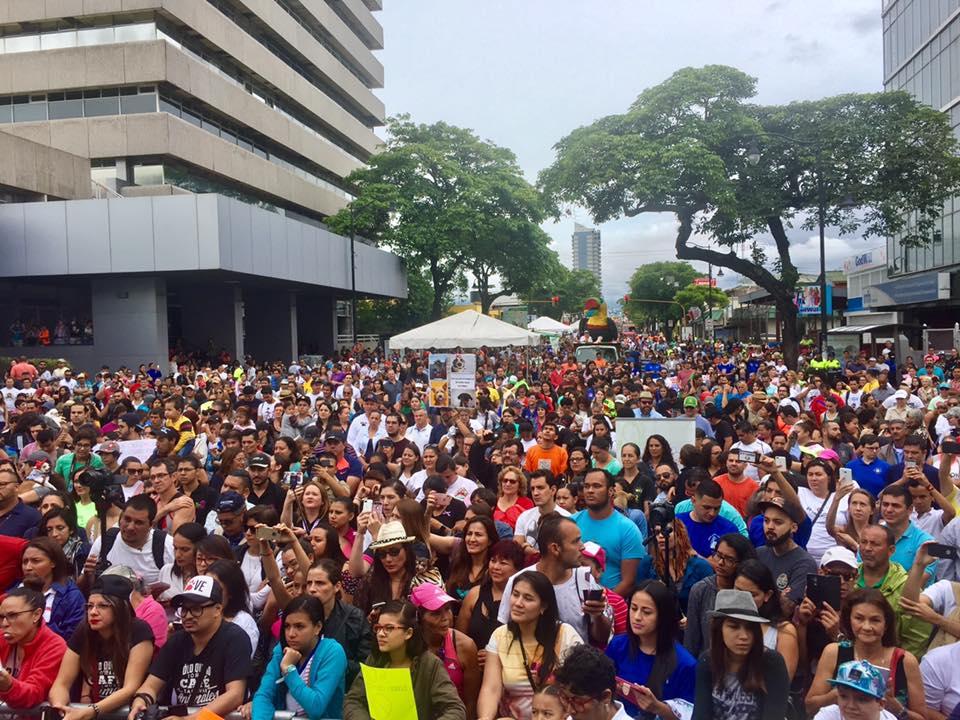 Paseo Colon was closed to vehicular traffic, the on foot event spread out about 400 meters, from the from Torres Mercedes (Scotiabank building) to the Banco de Costa Rica (BCR), the location of the stage for the signing ceremony, with the dogs and their owners walking alongside Solis. 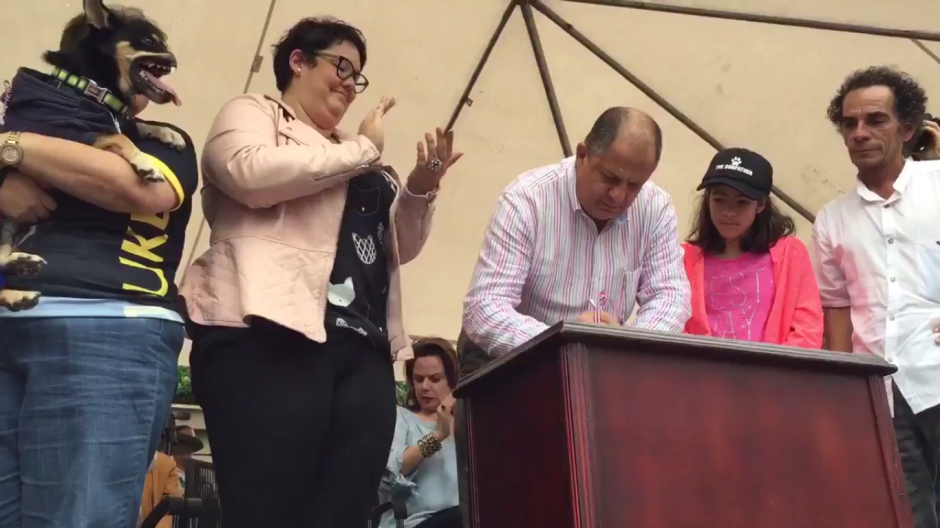 “We have got to demand that there be no more impunity; that whoever abuses an animal be punished,” Solis said. 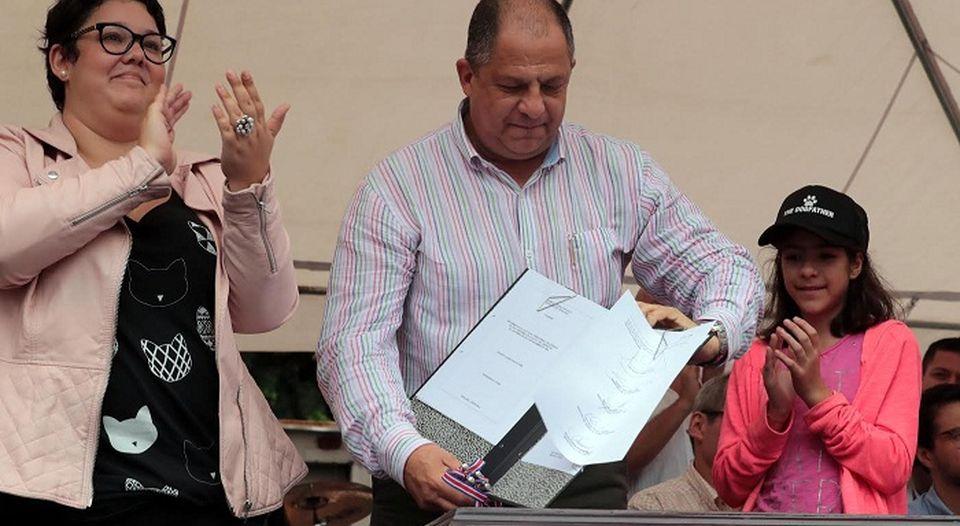 Many took their photo op with the President. 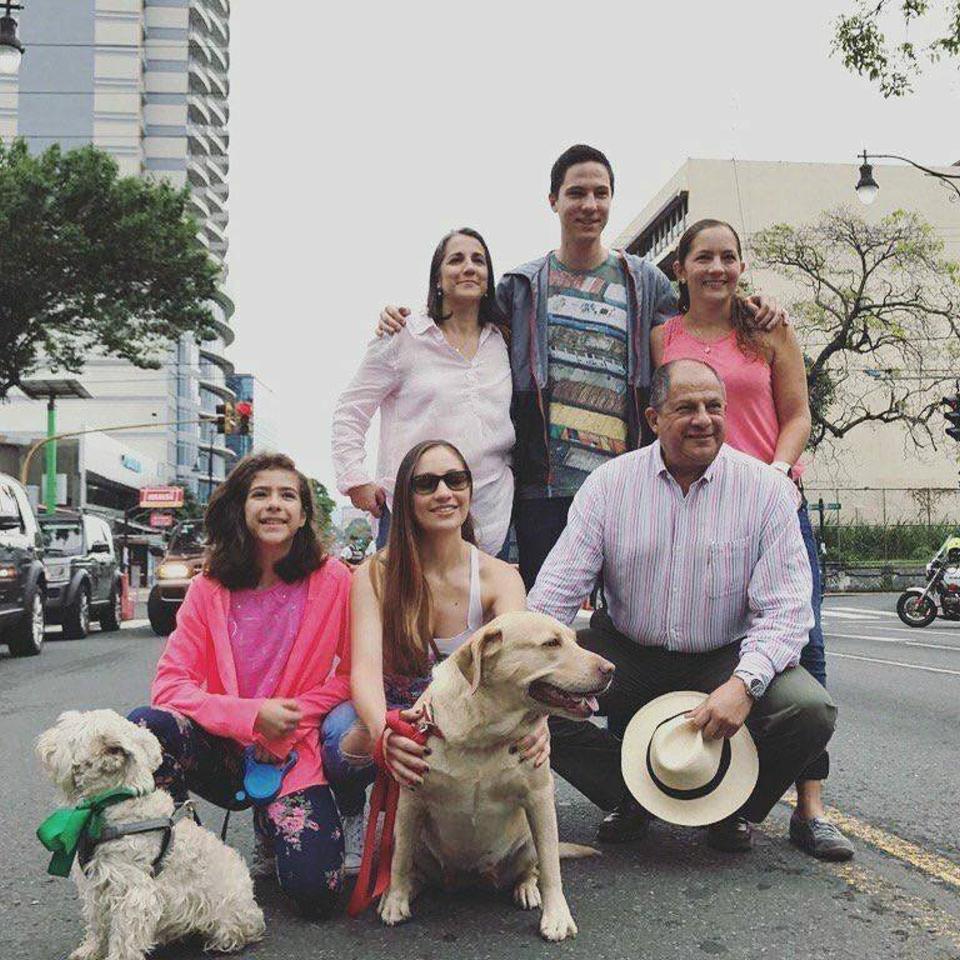 The activity organized by the Central Government and the Municipality of San José, with the participation of hundreds of social and animal groups, including ChepeCletas, PerroCross, Vivaveg and World Animal Protection.

The reform to Law 7451 of Animal Welfare Act (Ley de Bienestar Animal in Spanish) was approved in second debate on Thursday, June 1, and was discussed for several months under the legislative proposal 18.625, presented to the legislative branch by popular initiative.

The Act includes imprisonment from three months to one year who directly or through another person causes harm to a domestic or domesticated animal. In this sense, the Law establishes that a domestic animal is all that by its evolutionary and behavioral characteristics coexists with the human being and a domesticated animal to those that through the effort of the human being has changed its wild condition.

It sanctions from a quarter to half a base salary to those who are not responsible for collecting fecal waste from pets that are thrown in public places.

The legislation sanctions with imprisonment of three months to a year those who directly or through another person organizes, encourages or executes animal fights (cockfighting and dog fights, for example), and imposes fines of a quarter to half a base salary to those who promote or carry out their breeding or training to promote fights or breaches the basic conditions for the welfare of animals.

The amendment to the law exempts the application of sanctions in respect of fishing, aquaculture, agriculture, livestock, livestock, veterinary activities, sanitary or phytosanitary control, marking, reproductive control or hygiene of the animal species.