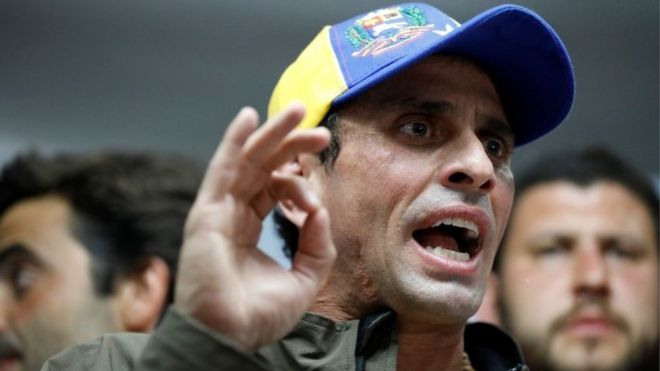 Venezuela’s interior ministry has taken control of the police force in the opposition-controlled state of Miranda.

The state, governed by the opposition leader Henrique Capriles, has seen some of the biggest protests against the government of President Nicolas Maduro.

Mr Capriles said the ministry’s intervention was a political attack on the state.

He said the ministry was now in charge of all police activities there.

“It’s clear they’ll try to use the police against the people,” he said.

Mr Capriles urged the police to disobey any orders that violated the constitution.

More than 60 people have been killed in protest-related violence in Venezuela over the last two months.

The government and the opposition blame each other for the deaths and for alleged human rights abuses.