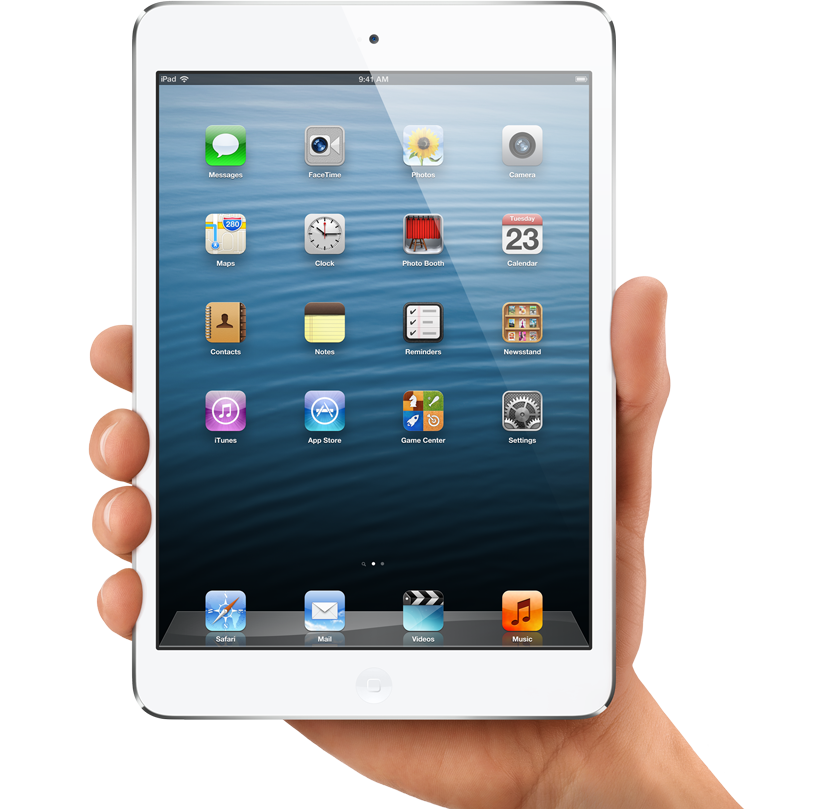 Apple Inc will begin to sell an 8-inch version of the iPad  to compete with Amazon.com Inc’s Kindle and other smaller tablets, but it set a higher-than-expected price tag of $329 that Wall Street fears could curb demand.

QNote: It is not yet known when new the iPad mini will be available in stores in Costa Rica. If ordering online keep in mind the cost of shipping, taxes and doubt if the Apple guarantee is applicable in Costa Rica for items not purchased in the country!

The 7.9 inch “iPad mini” marks the iPhone-maker’s first foray into the smaller-tablet segment. Apple hopes to beat back incursions onto its home turf of consumer electronics hardware, while safeguarding its lead in a larger tablet space – one that even deep-pocketed rivals like Samsung Electronics have found tough to penetrate

Apple Chief Executive Tim Cook and marketing chief Phil Schiller took the wraps off the new tablet, which essentially has most of the functions and features of the full-size iPad but in a smaller package.

Priced at $329 for a wi-fi only model, the iPad mini is a little costlier than some predicted, but some analysts see that as a bid to retain premium pricing levels. Others fear the gadget will lure buyers away from Apple’s $499 flagship 10-inch iPad, while proving ineffective in combating the threat of Amazon’s $199 Kindle Fire and Google’s Nexus 7, both of which are sold at or near cost. Editor’s note: prices are in the US

“Apple has always been a premium hardware manufacturer. It’s basically a hardware company and they don’t have Google advertising or Amazon’s online store to fall back on,” said Destination Wealth Management CEO Michael Yoshikami.

“But people are happy to pay a premium because it’s quality hardware, and the ecosystem (of content and apps) cannot be underestimated.”

JMP Securities analyst Alex Gauna said, however, “It’s coming in the range that most were grumbling about and that, quite frankly, we’re a little bit concerned about.”

“It’s a little confusing at this juncture to try and figure out how it fits into the line-up. Is it going to cannibalize the more expensive iPad?” he said.

“It is worth noting that there are zero-margin products out there competing with them now … and that is presenting some challenges to Apple.”

Frank Gillett, an analyst with Forrester who attended the event, said he was impressed with the lightness of the iPad mini, which he got a chance to play with following the event.

“Apple went for the high end of what people have been thinking of,” Gillett said, adding that Amazon and Google may have to adjust their product lineups to compete with the iPad mini.

The focus on growing competition was evident as Schiller – at the iPad mini’s launch event, held in San Jose’s California Theatre – compared the iPad mini with Google’s popular 7-inch Nexus 7 tablet, citing feature by feature why the new Apple device was superior. It is unusual for Apple to single out a specific competitor in its product launches.

Get all the info on the iPad mini here

QCOSTARICA - After complaints raised by migrants because they...
Economy