Araya Accused Of Turning San Jose Into ‘A Disaster’ 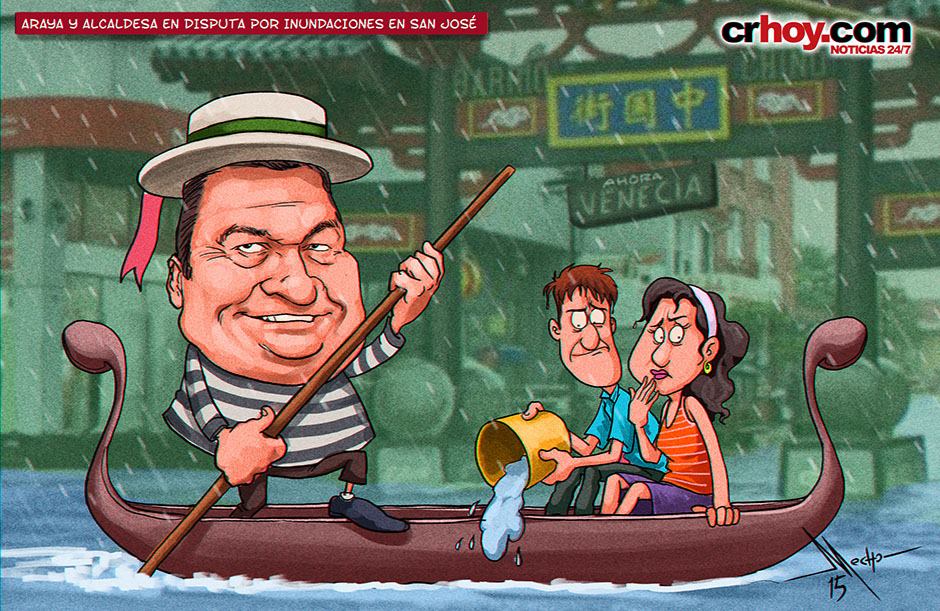 QCOSTARICA – The flooding of downtown San Jose last week is being blamed on Johnny Araya, former long time mayor of Costa Rica’s capital city and now a mayoral candidate for the Partido Allianza in the February 2016 elections.

While the former mayor criticizes the current administration for inadequate maintenance of the storm sewers, saying the city reflects a step back of 20 years,  precisely the period he was in the mayor’s chair, others point the finger at him.

“Proper maintenance of the storm sewer network is vital to avoid situations like those today (Friday) in San Jose, where an important sector of the downtown area was flooded,” said Araya.

Legislator Gerardo Vargas of the Frente Amplio (FA) party did not mince words, he squarely points the finger at Araya for the “turning the capital city into a disaster”.

“What we are experiencing today (Friday) in the city of San Jose is the heritage given us by Johnny Araya, this is what he left the us as mayor of the capital (…),” said Vargas.

On her Facebook page, the current mayor of San Jose, Sandra Garcia, who took over the job from Araya who quit in 2013 to run in the 2014 Presidential Elections, “refreshed” Araya’s memory, referring to newspaper articles of about the potholes, debris and traffic chaos of the last two decades in the city.