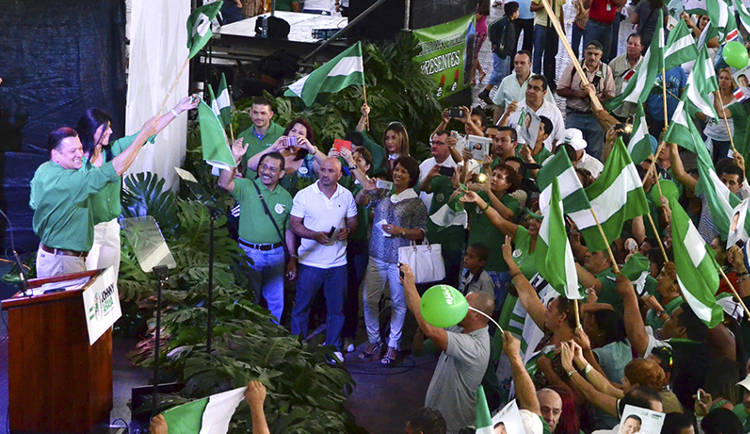 Being tossed about in the “verdiblancos” camp is the proposal to hire a foreigner adviser, most likely an American, to put the Johnny Araya campaign on top.

One of the members of the “arayista command”, former minister of Security, Fernando Berrocal, confirmed that the option is being “considered” but no decision has yet been taken.

Berrocal did not discuss names of potential candidates, he did say, however, that the search will be in the United States, in line with what the Partido Liberacion Nacional (PLN) has done in past campaigns.

The head of the Araya campaign, Antonio Alvarez Desanti said there are foreign companies interested in advising the PLN candidate. Desanti added that it is normal that when a candidate has a real chance of winning, strategists are quick to offer their services.

On the issue, Araya said he is unaware that his team is looking into a foreign consultant and that he is content with the way the campaign has been handled up to today.

Last week, a Uniner poll put Araya behind Frente Amplio party candidate, Jose Maria Villalta. The poll indicated that Araya lost more than 20 points in the polls since his high of 40% in September.

The 2014 presidential campaign is gearing down the holiday season, expected to heat up in January with the last weeks until election day on February 2.