Araya Defends Himself From Being Called A “Coward” 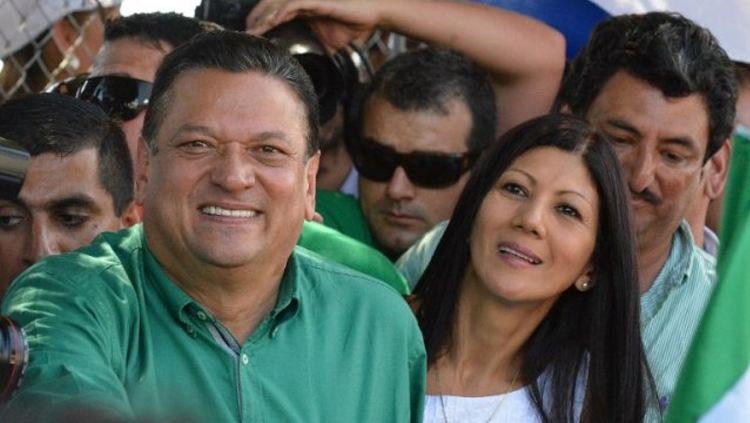 Presidential candidate Johnny Araya, on Thursday, defended being called a “coward” and “quitter” by saying “it takes more courage to retreat than to continue“.

Araya said his decision not to continue with the campaign is due to political maturity and not cowardice on his part.

Critics within the Partido Liberación Nacional (PLN) and out have been very vocal on Araya’s decision Wednesday afternoon to withdraw from the presidential campaign, paving the win for Partido Accion Cuidadana (PAC) candidate, Luis Guillermo Solís.

Refusing a face-to-face interview by a La Nacion news crew camped outside his home in Rohrmoser (Pavas), preferring to be interviewed by cell phone, he told journalist Aarón Sequeira that he was headed off to Guanacaste for a weekend of relaxation, but will be back on Monday in San José with a “thank you tour” after private meetings with party leaders.

“The tour is not for marketing, it’s something that I feel I have to do”, said Araya. He added that the cost of the tour, ie. travel expenses, etc, will be paid for by him personally.

The presidential candidate (who cannot legally resign) said that the PLN campaign offices will be closing around the country, and the main office – the Balcon Verde, in Sabana Sur (San José) will be closed on March 15.

Asked when he made the decision to withdraw from the campaign, Araya said it was on Tuesday night, after reviewing the results of the polls by CID Gallup, Demoscopia, Borge y Asociados and the Universidad de Costa Rica (UCR).

The candidate said the polls were clear that the voter trend was not in his favour.

Some aruge that this is a strategy to present himself as the “pobrecito” (poor thing) and that in fact  he is still a contender in the presidential race.

Araya is firm that that is not the case, saying that the decision to withdraw has been a very difficult for him and his family. “... I don’t accept anyone suggesting that may be a strategy on my part“, said Araya.

Asked if what he would do should he win the vote on April 6, Araya answered by saying, “that scenario (winning) is not being planned, it is an absolutley hypothetical thing and although I legally still am on the ballot, it is not a reality that I would win”.

The candidate is clear that the polls and the lack of funds would have been disastrous for the PLN party.

Editor’s note: for those not familiar with Costa Rica’s politics, Article 138 of the country’s Constitution prohibits a presidential candidate (as wells as vice-presidential candidates) to resign after the election process has started. In the case of Johnny Araya, he is still legally a presidential candidate, his name continues on the ballot and Costa Ricans can vote for him. He may in fact even win if he comes up with a majority of the votes. In that scenario, as explained by Luis Antonio Sobrado, president of the Elections Tribunal (TSE), Araya can then resign as president, though is not legally required to. If he does, in the line of succession, the first vice-president would be called to the presidency, then the second-vice president and finally the president of the Legislative Assembly that will serve out the four year term. What will not happen is another election.