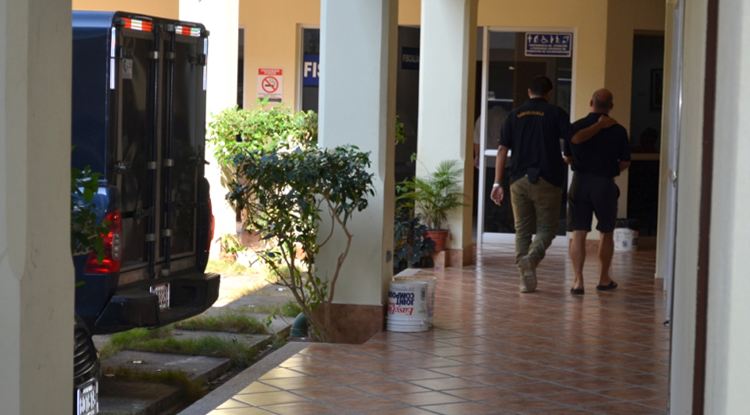 Costa Rica News – Pat Hundley the owner of Day Star Properties and the local soccer team the Jaco Rays is going to have the opportunity to buy his freedom in Costa Rica with of course some conditions.

The press office for the Puntarenas Criminal Court reported that he and two others with last names, Fernandez and Mora, were granted freedom.

For Hundley to actually leave prison, he’ll have to come up with US$3 million in bail. Several properties may be used as collateral. It should be worked out in a few days.

He will also have the abide by the following conditions of release, that includes signing in at a court office once a month, cannot leave the country and not communicate with victims or witnesses in the case.

He’ll have to sign in at a judicial office monthly, not leave the country, and refrain from communicating with victims or witnesses in his case.

He must also notify the Superintendent of Financial Institutions whenever receiving a money transfer from abroad.

This is based on a property nicknamed “Miro Mountain”.

There are 2 sides of this argument that have been stated by sources in the community and have yet to be verified.

I am unable to state the side of the story as I do not want to be prosecuted under Costa Rica law.