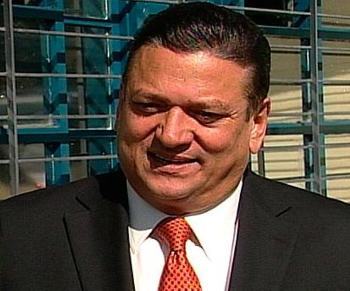 Up to now the PLN presidential candidate, Johnny Araya, has been quiet on the San José – San Ramón concession controversy. Using his Facebook account,  over the weekend, the soon not to be San José mayor suggested the creation of a “professional technical Commission” for analysis.

Araya suggests seeking legal mechanisms to get the contract before the Commission that would include professionals from the LANAMME, the  Instituto Tecnológico de Costa Rica, the MOPT and the  Association of Engineers and Architects.

Putting forth a position, Araya says that after listening to the expert opinions on the subject, he believes the contract is not viable and should be rejected by the government.

However, the presidential candidate added that the re-construction of the road is one of great importance for the country.

Araya says that under his proposal there should be a “reasonable” time given to the Commissio to make the analysis and identify new ways to rebuild the road.

- Advertisement -
Paying the bills
Previous articleQToons: In A Galaxy Far, Far Away…
Next articleCosta Rica Soccer Federation Shuns National Stadium For US Game