The main objective of the new legislation is to "take care of the children and not fall back into the ways of the past." 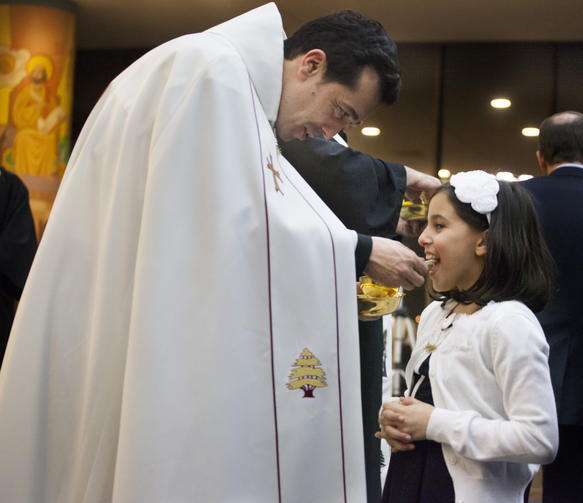 Priests in Argentina are now banned from touching children under new guidelines intended to help curb pedophilia in the Catholic church, but relatives of survivors say the move doesn’t go far enough.

New ecclesiastical legislation from Archbishop of Parana Juan Alberto Puiggari, in the province of Entre Rios, rules that priests must refrain from all physical contact; must leave the sacristy door open while hearing confessions; must be accompanied by another adult during road trips with minors, and are prohibited from sharing a hotel room with children.

Additionally, priests will have to relinquish all pornographic material, cease displaying any such materia; and abandon any topics bordering on inappropriate gifts, “sexual advances, comments, or jokes.”

Physical or humiliating punishments are also prohibited, while hugs must be brief and in public. Any secret or overtly sexual conduct with minors is also prohibited. These rules are extended to all members of the clergy, Catholics and lay adults occupying space on archdiocese property.

The Argentine Episcopal Conference announced the decision after a wave of testimonies implicated over 60 Argentine priests in sexual abuse claims involving underaged children since 2002.

Critics and lawyers have voiced concern over the church’s position. Carlos Lombardi, from the Network Survivors of Sexual Abuse of the Church, said: “The church considers abuses more as a moral fault than a crime, and that moral fault is a consequence of the weakness of the priests, who become victims who cannot contain themselves in the face of temptation. The crudeness of the protocol reflects this position.”

The main objective of the new legislation is to “take care of the children and not fall back into the ways of the past.”

According to Maria Ines Franck, a member of the Archdiocesan Commission for the Protection of Minors in Parana, the main objective of the legislation is to “take care of the children and not fall back into the ways of the past.”

However, Silvia Muñoz, the mother of one of four altar servers sexually abused by Colombian priest Juan Diego Escobar Gaviria, says she doubts the rules will be effective.

“The problem is the cover-up,” Muñoz said. “No matter how often they tell them to avoid contact, at some point they’ll have it. They look for a way to approach the boys and then do it.

“The boys are afraid of them; it is what has been instilled in them and the priests will continue to abuse, regardless of a protocol.”

The Catholic church has sustained harsh criticism as allegations of sexual abuse continue to engulf clergy across South America, specifically Chile and Argentina.

The pope was forced to apologize after defending one accused priest before a delegation of victims, saying their testimonies were “offensive and hurtful.”