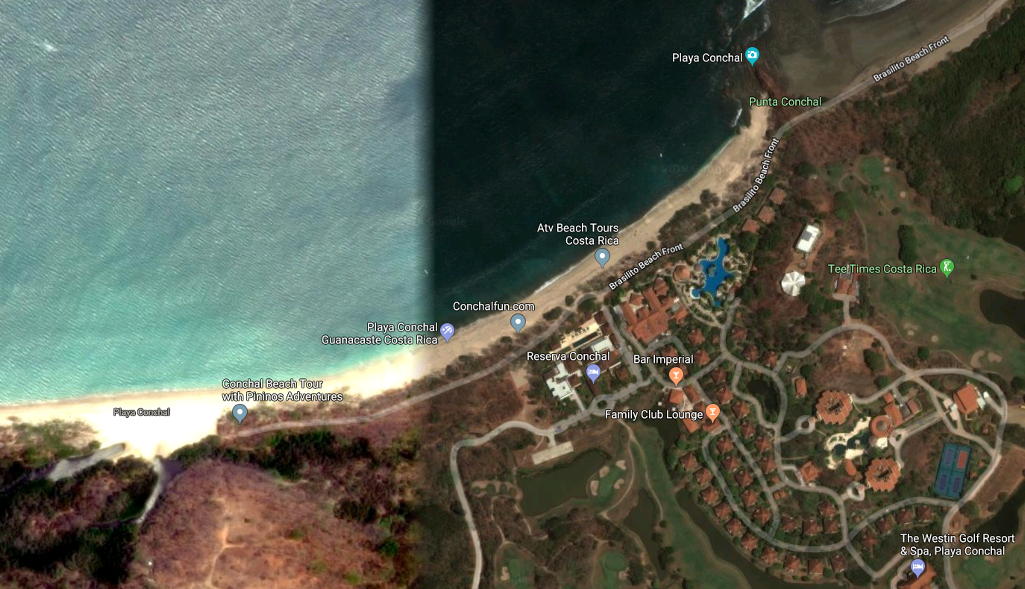 The Sistema Nacional de Áreas de Conservación (Sinac) – National System of Conservation Areas – is in agreement to prohibit all types of vehicles on Playa Conchal, in Guanacaste, following a Court order against the municipality to close off all vehicular access from the town of Brasilito to the beach.

The order came from the Tribunal Contencioso Administrativo against the Municipality of Santa Cruz, to close the 500 meter road to Playa Conchal. Official reports say the Court consulted with the Sinac before the ruling. Cars will now have to be parked away from the beach.

The owners of the Reserva Conchal hotel made the Court filing in 2017, demanding the prohibition of cars, the hotel saying “the measure aims to conserve the environment of the affected area (…) as well as guarantee the safety of visitors/tourists.”