As Government Falls, So Does Rico 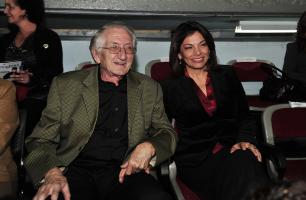 Once again the husband of Presidenta Laura Chinchilla, José María Rico, had to be hospitalized. This time for a blow to his arm after falling in his home, in Santa Ana,last Friday.

Rico, 78, was taken to the Hospital Metropolitano (private hospital) by Doña Laura (54), where she stood by the “first husband” as they took x-rays and ruled out any major injurty.

This was all confirmed by the Casa Presidencial, as the minister of Communications, Carlos Roverssi, explained that José María had been admitted to the medical centre, but released in less than a day.

This is not the first time Rico has given us and his wife a scare. In 2010 he required hip surgery after a fall while on a family vacationin Punta Islita, Guanacaste.

And in April 2012 he was again hospitalized following a car accident, receieving a blow to the arm.