Argentina's government is trying to negotiate a restructuring of debt with creditors as the country's finances dwindle. Officials have presented creditors with a vastly grimmer economic prognosis than they did in April. 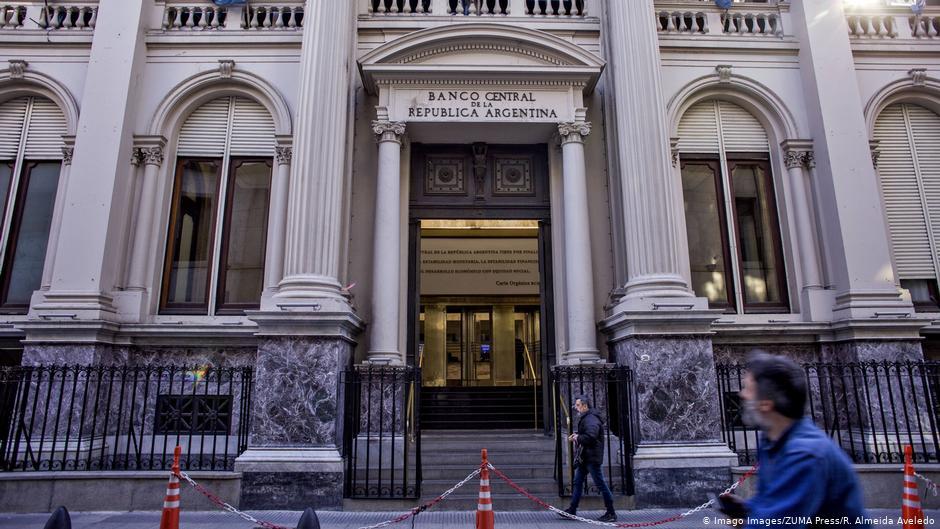 Argentina hasn’t made a bond interest payment since February. Now, Economy Minister Martin Guzman has given the country’s biggest bondholders until Friday to accept the offer he has put on the table to suspend payments until 2023 and reduce interest rates thereafter.

One of the largest of those creditors, the investment management firm BlackRock, rejected Guzman’s proposal and immediately presented a counteroffer.

On Tuesday, Argentina’s Economy Ministry released adjusted projections for fiscal year 2020: The ministry projected that the overall economy would shrink by 6.5% and that Argentina would have a primary fiscal deficit of 3.1%. Thus, just three days ahead of the looming deadline, the government presented investors with a vastly grimmer economic prognosis than it had in April.

As elsewhere, COVID-19 has left its mark on Argentina’s economy. Yet, the country’s pending bankruptcy has been on the horizon far longer than that. When Alberto Fernandez became president in December 2019, he inherited $320 billion in debt from his predecessors, Mauricio Macri and Cristina Fernandez.

Argentina’s government debt has risen as the country has continued to take on debt and its currency, the peso, has lost value. Today, $1 is worth 67.15 pesos — it was just over 15 pesos to the dollar in early 2017.

“President Fernandez never announced it publicly, but the country was bankrupt when he took office,” said Federico Foders, professor emeritus at the Kiel Institute for the World Economy think tank. Foders said Argentina could begin piling up as much as $45 billion (€42.5 billion) in annual debt in the next few years, depending on how interest rates evolve. That would represent a full 10% of 2019 GDP: “There is no country in the world that can carry that kind of debt.”

Foders, who is Argentine by birth, said nothing could stop the ninth bankruptcy in the country’s 200 years of independence and the third this millennium. Measured in terms of total volume of debt, it would also be the largest national bankruptcy in history — and let the government snatch back the ignominious top spot it had lost to Venezuela in that category two and a half years earlier. Argentina began setting such records back in 2001, when it defaulted on $132 billion in debt. That bankruptcy, after debt relief, ultimately left creditors holding $80 billion in losses.

The next bankruptcy came in 2014, when two US hedge funds sued for payment of portions of that old debt in a lawsuit heard by a US Appeals Court in New York City. The court ordered Argentina to repay the debt, but the country’s then president, Cristina Fernandez, and her Peronist government, refused to do so.

The debt was eventually paid by Fernandez’s successor, Macri. That move reopened the door for Argentina’s return to global capital markets. The situation led investors to put their faith in Macri, who sold his economic program as the polar opposite of the liberal, leftist populism of “Kirchnerism.”

Any concerns that investors might have had about Argentina’s troubled fiscal history or the turbulence of its overall economy were soon forgotten when they were offered lucrative interest rates. “Industrialized nations were in a period of low interest rates,” Foders said, “and that made it attractive to investors.”

But it wasn’t just private investors who fell for Macri’s charms. In October 2018, when Argentina’s economy had already begun to contract, the International Monetary Fund (IMF) loaned Macri’s government $56.3 billion.

At the time, BlackRock managing director Rick Rieder was optimistic, but cautiously so. “Listen, I think Argentina has the ability to turn the corner,” he told Bloomberg News. “The support from the IMF is a very, very big deal. And that dynamic is going to play up: It’s going to take time. They got a fiscal challenge — they got an election coming up; the challenges are real.”

Foders said another default would be a huge disgrace for the IMF,  which “knows exactly how the country ticks — and it also knew how much debt it was carrying.”

Still, many of the IMF’s biggest contributors saw Macri as stabilizing force in South America. As the IMF’s biggest shareholder, the US exerts enormous influence on its policies: “It was always that way, that’s no secret, says Foders, “And it’s very likely Donald Trump pressured it to give Macri the money.”

Argentina has given the IMF access to public finance records in the course of ongoing reviews of its debt sustainability and debt negotiations. On Wednesday, 138 renowned economists from 20 countries pleaded the case for creditors to be constructive in negotiations with Buenos Aires. Still, President Fernandez, whose political home is in Cristina Kirchner’s Citizen’s United Party, will not likely enjoy the same IMF favor as predecessor Macri, and private investors are just interested in the money.

The grace period on $500 million in missed interest payments runs out on May 22. If no deal can be reached by then — or payment cannot be made — Argentina will go into default.

QCOSTARICA - When the covid-19 pandemic began, among the most relevant...
Read more