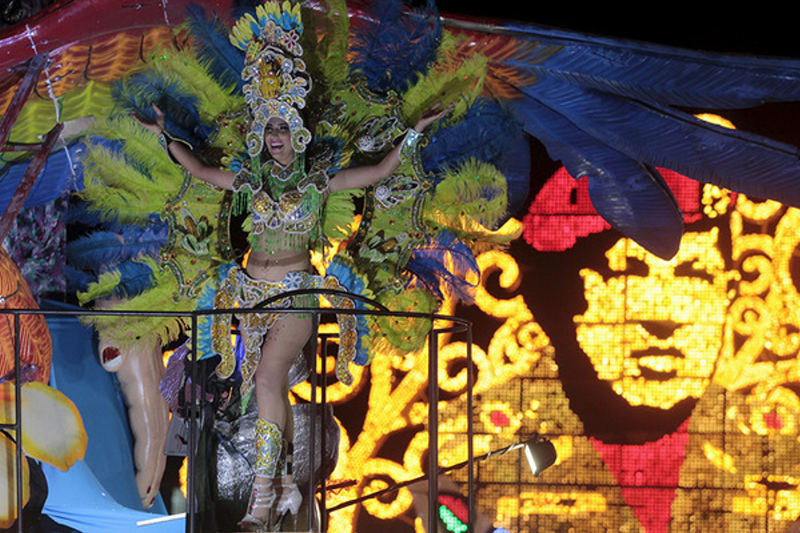 TODAY NICARAGUA – Matagalpa, Nicaragua. Laura Estela Leclair has been serving ice cream for 35 years at Chupi’s, the shop she owns and the first sorbeteria in this northern mountain city. Behind its three chrome tables glow the fluorescent lights of several glass-topped freezers.

“We used to have eight tables,” Ms. Leclair says. “Because electricity was so expensive we couldn’t continue.”

She started renting out space to a mobile phone business, but even sharing utility bills and investing in smaller freezers hasn’t substantially dented her high electricity fees, which amount to about $225 a month.

About half of Nicaragua’s electricity is fueled by oil from Venezuela, which for many years has been highly subsidized. In return, Venezuela gained political influence. But as oil prices plunged globally last year, the negligible interest rates that Venezuela charged Nicaragua went up.

What that means is that even as its oil-importing neighbors have seen big savings, Nicaragua’s financial woes have actually deepened. And now, many are pressing the country to ease its dependence on its oil-rich friend and prepare for a new era – one that carries political risks as it would include less funding for key subsidies and social programs.

“The petroleum agreement is stable, but I don’t see the future as stable,” says independent economist Nestor Avendaño. “The government hasn’t been transparent with its debt,” which makes it hard to fully grasp the reality of the budget crunch Nicaragua faces, Mr. Avendaño says.

Nicaragua’s energy costs have long been high for a number of reasons, says economist Juan Sebastian Chamorro, director of Funides, which promotes economic and social development here. It’s a small economy – one of the poorest countries in the Western Hemisphere – with low energy demand and an inefficient electric grid that’s plagued with illegal connections.

But a key factor is Nicaragua’s reliance on oil. For eight years, Nicaragua has been a partner in Petrocaribe – an agreement with Venezuela that extends to 12 other Latin American and Caribbean countries. Under the plan, Nicaragua pays for Venezuelan oil up front in part with cash or exports like coffee and beans, and can defer the rest of the payment for 25 years with interest rates as low as 1 percent.

“Even with progress in developing renewable sources, we lag behind other countries” in Latin America, Mr. Chamorro says.

Nicaragua’s close relationship with Venezuela over the past several years has allowed it to win political points at home. Profits generated from selling Venezuelan oil at higher prices domestically helps fund some of its landmark social programs, as well as energy and transportation subsidies.

But with the shift in the global oil market, Nicaragua’s debt to Venezuela has been mounting rapidly. Instead of passing on savings to consumers, for the past nine months the Nicaraguan government has been paying down its debt, which economists estimate at $200 million.

Some economists support the government’s decision to focus on its debt, but many point to the critical need to lower energy costs for homes and businesses. Others point to a need to find more sustainable solutions for poverty reduction programs.

“This new scenario has provoked some fear of the capacity of the government to sustain [its] social welfare programs,” says Adelmo Sandino, an investigator at the Nicaraguan Institute of Strategic Studies and Public Policy.

Alvaro Castro Montalban is one of the 85 percent of Nicaraguans who receive an electricity subsidy, aid that’s funded by Petrocaribe.

These subsidies and other social programs, such as a signature antipoverty effort that offers free livestock to poor families and subsidies for households with low electricity consumption, are a sensitive part of the Petrocaribe picture here.

Mr. Montalban works out of a shared workshop on Matagalpa’s main commercial street, and his electricity subsidy comes out of Petrocaribe funds. Yet despite the help, his bills still sting. “I always try to save as much as possible. I have a skylight so I don’t have to use an electric light, and we have a sewing machine we only use sometimes,” Montalban says.

If he consumes over the subsidy limit of 150 kilowatts, the equivalent of leaving two lights on for a month, he says his bill more than doubles and it gets harder to make ends meet.

The government doesn’t provide detailed data on its use of Venezuelan funds for social programs. “It’s a big problem we have with the Venezuelan aid, that the information isn’t transparent or accessible to the public,” Sandino says. The Nicaraguan government received 22 percent less money from Venezuela in 2014 than 2013 to fund social programs, according to data from the Nicaraguan Central Bank. This year, Sandino says, the reduction could be up to 40 percent if oil prices stay low.

In 2009, the government reported that more than 1 million people received subsidies for public transportation, which is funded by Petrocaribe.

Under pressure from business leaders and consumers, the government recently passed a bill that’s expected to lower electricity rates by eight to 10 percent. But the law also emphasizes paying down Petrocaribe debt, and consumers are skeptical they will see significant savings.

“It’s one way the government is trying to compensate for the reduction in funds from Venezuela,” says Sandino.