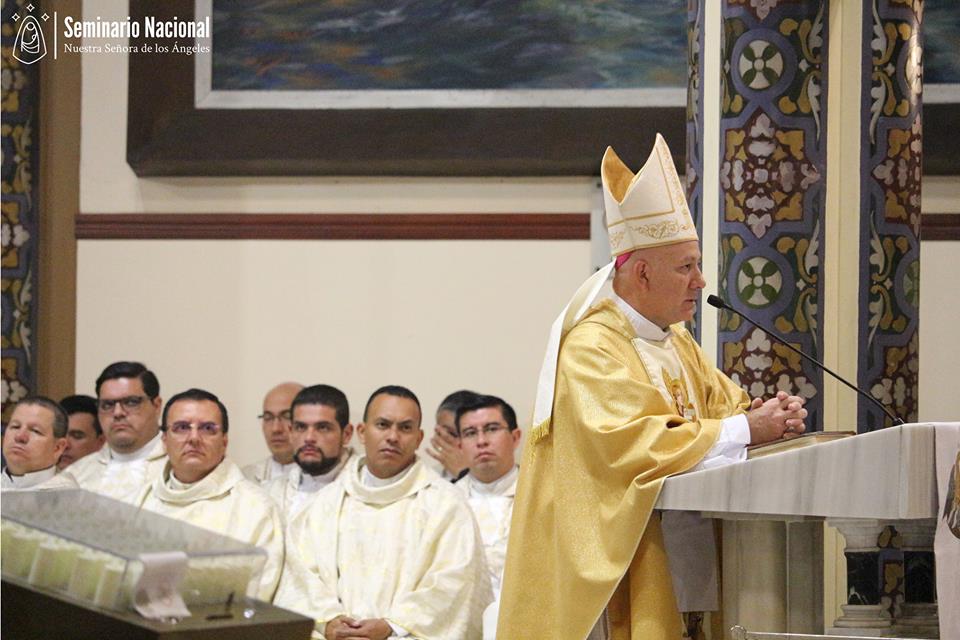 In Costa Rica, one of the requirements of most employers when considering an applicant for a job is a “hoja de delincuencia”, Spanish for criminal or police record.

Daily, people line up at the Poder Judicial offices across the country or go online to obtain their criminal record that is either attached to a resume or required to complete a job application.

After ordering the expulsion of an aspiring priest accused of “multiple rapes” of women, the Catholic Church is now considering making the criminal record a requirement, to filter against aspiring priests having a criminal past.

From now on, each bishop will decide in his diocese whether or not the hoja de delincuencia would be a requirement to enter the Seminario (Seminary).

Mauricio Granados, deputy secretary of the Episcopal Conference of Costa Rica, explained that this is a suggestion for the eight bishops of the country, so it will be them who, finally, decide if they implement the measure in their respective dioceses.

“The process of admission to the Seminary is not in the hands of the Seminary, but of the vocation ministry of each diocesan church and their respective leaders,” he said.

The Costa Rican Catholic Church is divided into eight administrative subregions called dioceses, each of which enjoys some degree of independence and is led by a bishop. These are: San José, San Isidro de El General, Limón, Ciudad Quesada, Puntarenas, Tilarán-Liberia, Cartago and Alajuela.

The Catholic Church recognized that there are currently few filters in the selection of potential priests.

“There are few occasions and for very obvious reasons that applicants are not accepted. It has been suggested the requirement of the criminal report, but each diocese is responsible for developing an initial process of vocational accompaniment and we have never faced a case of this type, ” said Granados.

On Monday, the Seminario Central (Central Seminary) expelled a man surnamed Meza Chacón, in the third year of the formative process in the Central Seminar of Paso Ancho and belonged to the Diocese of Tilarán-Liberia, after he admitted to mutiple accusations of rape of women.

The alleged rapes would have occurred 11 years ago before he began his studies to become a priest.

According to a statement issued Monday afternoon by the Episcopal Conference, Seminary authorities confronted Meza Chacón, who accepted the existence of “accusations” against him.

The Seminary maintains that they have never received such information against the seminarian before, nor did they identify anomalous behavior.

Meza Chacón had to leave the premises that same day, according to the statement.

The situations transcends at a time when the Catholic Church is going through a crisis due to allegations of sexual abuse by priests to the detriment of minors.

Since Monday, the nine bishops who make up the Episcopal Conference are participating in a retreat analyzing how they will implement the protection protocol for victims of such abuses.

Last Thursday, the Fiscalía (Prosecutor’s Office) and the Organismo de Investigación Judicial (OIJ) raided the metropolitan curia and the Ecclesiastical Court in searhc of evidence, within the criminal investigations for alleged abuses of minors against the former priests Mauricio Víquez and Manuel Antonio Guevara.

The whereabouts of Viquez are still unknown. Immigration records indicate he left Costa Rica in January. An international arrest warrant had been issued for his arrest.