The Thursday morning raid on the Curia and Episcopal Conference was in search of evidence against two priests accused of sexual abuse of minors; Church denounces "extreme use of force" by judicial agents. 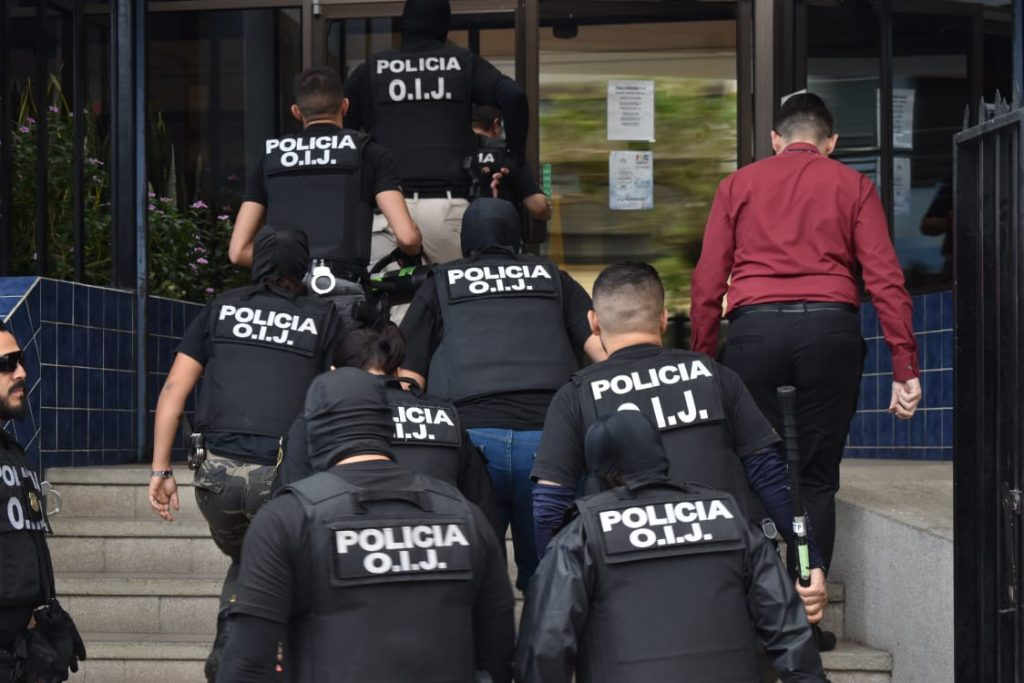 It was 8:00 am on Thursday, during morning mass, when agents of the Organismo de Investigacion Judicial (OIJ), arrived by way of the boulevard of the fourth avenue, descended on the Metropolitan Cathedral in the heart of San Jose.

At the same time, some two kilometers to the west, they also entered the Episcopal Conference (Costa Rican bishops’ conference), the seat of the Ecclesiastical Court that receives the denunciations for canonical processes.

The raid was on the order of the Fiscalia (Prosector’s Office) in search for evidence in its investigation against two priests accused of sexual abuse of minors: Mauricio Víquez Lizano, expelled from the clerical state and currently a fugitive of Costa Rican justice; and Manuel Antonio Guevara, separated from the Santo Domingo de Heredia parish. 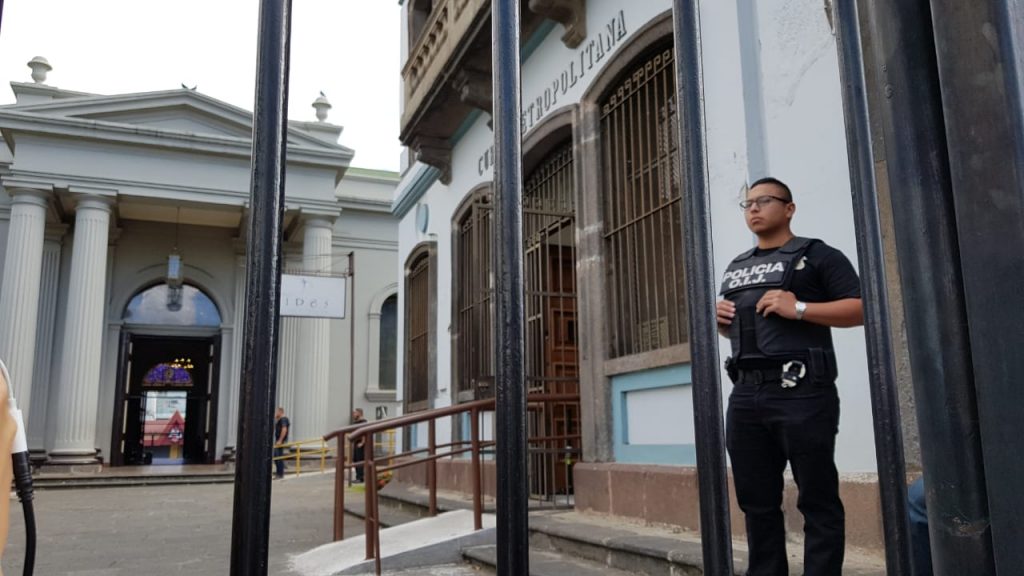 The OIJ confiscated computers and files in search of information regarding the two priests, and proof of potential cover-up of sexual abuse cases by San Jose Archbishop Jose Rafael Quiros.

An international arrest warrant has been issued against Viquez, 54, who is accused of abusing two teenagers in 2003 and was expelled from the priesthood earlier this month.

Viquez faces nine canonical complaints of sexual abuse of altar boys had been filed against him. He had been teaching at Universidad de Costa Rica (UCR), but he fled Costa Rica January 7.

Guevara, 52, served at the Heredia parish just north of San Jose. He was arrested last week for an allegation of sexual abuse against a minor. He has been released from prison the following day under precautionary measures and is suspended from his work at Santo Domingo de Heredia parish.

Outside, on the street, passersby, many of them parishioners, watched confused and even angry. “Come out, show your face,” shouted someone passing by the church offices, without knowing what the actions were about. There were also those who approached journalists to recriminate them for alleged falsehoods, while another spoke of the lack of transparency of the Church. 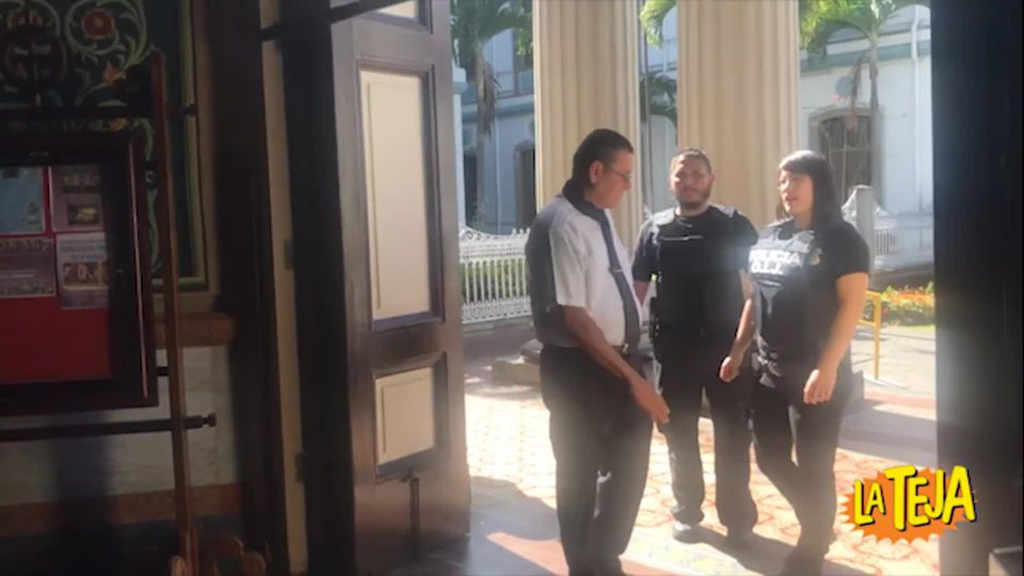 “I do not come to the Church for the priests, I come for Jesus Christ. They are human beings and they make mistakes, but they must pay before human law for what they did,” exclaimed a woman before the television cameras. She called herself Magdalena.

It wasn’t until around 2:30 pm when the OIJ agents left with boxes, bags and suitcases full of documents.

There were the files that the Ecclesiastical Court kept confidential, because that is the instance of the Costa Rican Catholic Church that delves into the alleged sexual abuse of priests against minors in the country, as well as violations of members of the religious organization to the Code of Canon Law set of rules that regulate the actions of its members. 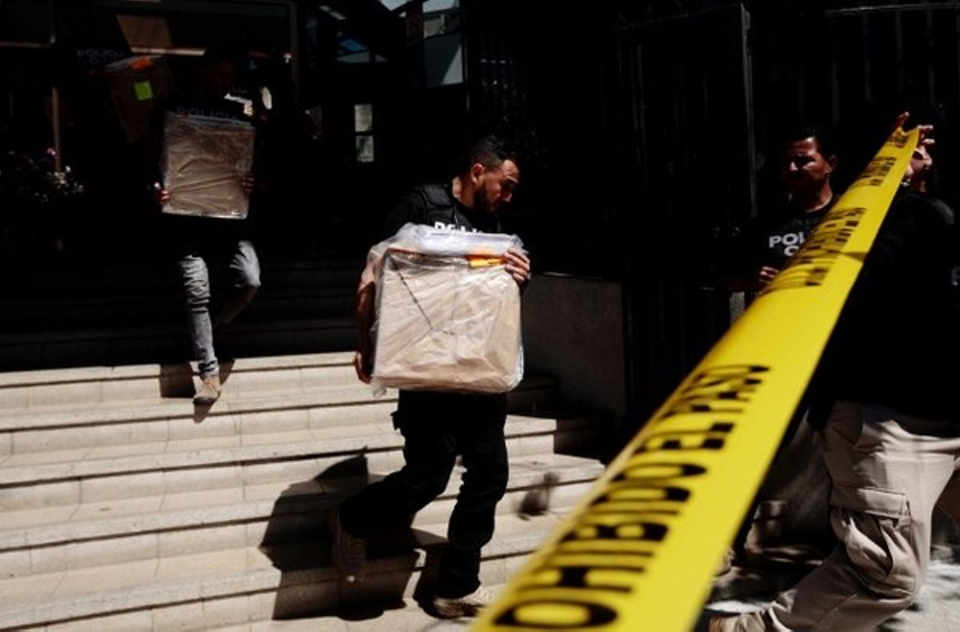 The Archdiocese of San José says that in the last 10 years it has only received 19 complaints from people against priests, for alleged sexual abuse.

The Church denounces ‘excessive use of force’

The Catholic Church pushed back on the actions of the OIJ agents in their exercise of the search order, denouncing an “excessive use of force” by prosecutors and judicial police. 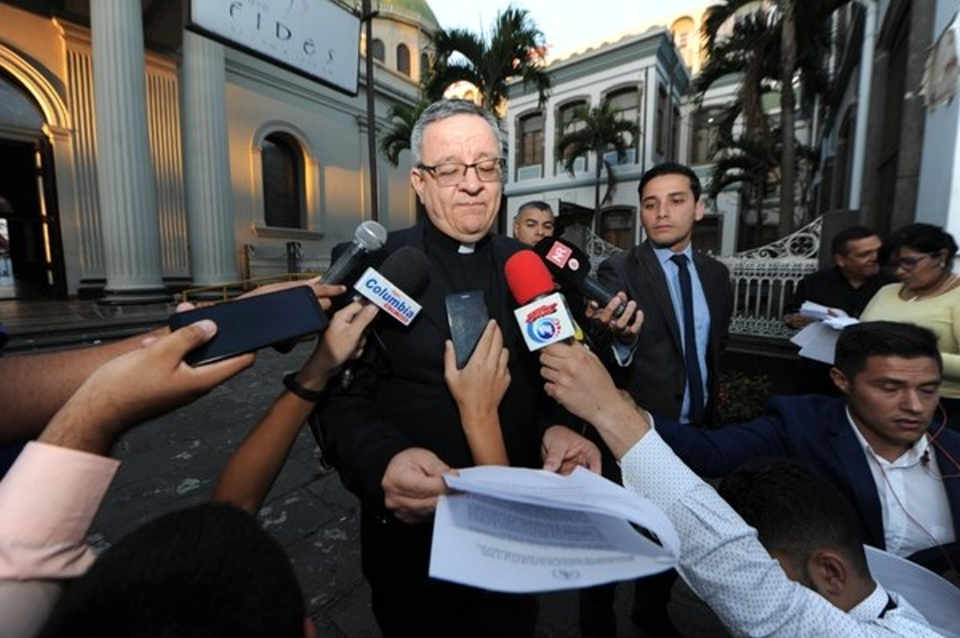 Read a prepared statement, Mauricio Granados Chacón, deputy secretary of the Episcopal Conference, claimed that the judicial officers “at the command of several armed officers and showing a search warrant, locked up in a hall all the personnel of the metropolitan curia.”

“Despite the fact that the staff was more than willing to collaborate and supply the materials that were requested, they threatened verbally, treated them as criminals and kept them incommunicado,” complained Granados.