Q TRAVEL – The Colombian airline, Avianca, announced two new direct flights from Costa Rica, one to Mexico, with four weekly flights and another to Honduras, with a daily frequency.

The San Jose  (Juan Santamaria  – SJO) – Mexico City (Benito Juarez International – MEX) service that will start on June 1, will be on Mondays, Tuesdays, Thursdays and Saturdays with a promotional pricing of US$317 dollars return.

In addition to the new direct flights, Avianca has expanded from two to three the flights daily between San Jose and Bogota, Colombia (El Dorado International – BOG).

The airline has also added another directly to Guatemala City (La Aurora International – GUA), starting at a promotional rate of US$148 return.

In addition, the airline said it has already hired 100 people of the 250 announced last year, bringing the current total number of employees in Costa Rica 1,164.

The airline’s representative assured that the increase of the frequencies and the hiring of personnel reinforced Avianca’s committment to Costa Rica. 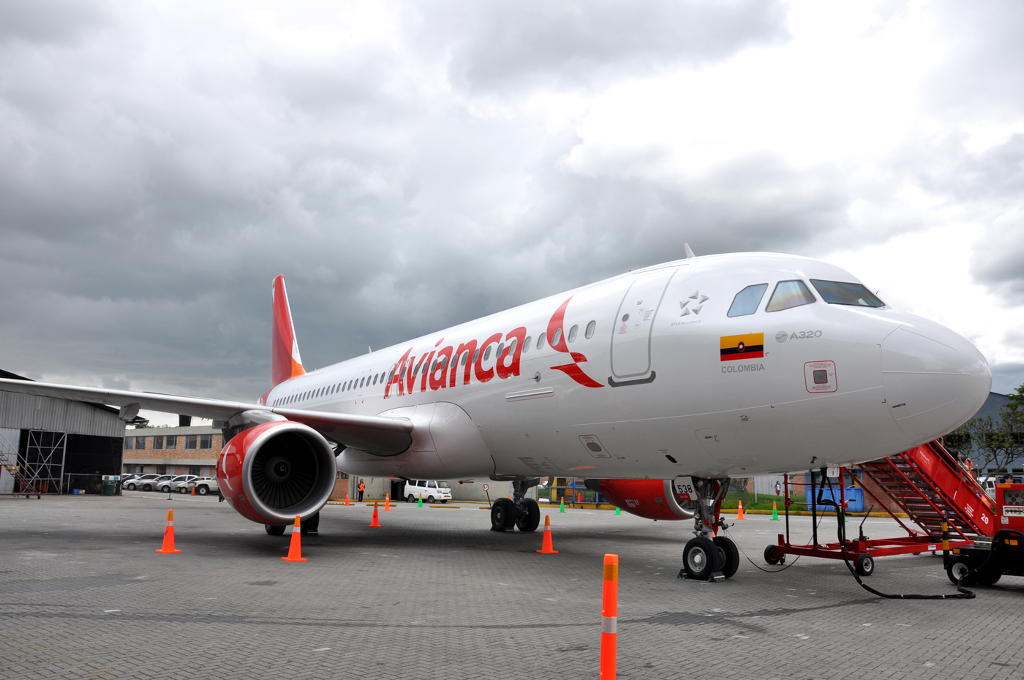 Avianca S.A. (acronym in Spanish for “Aerovías del Continente Americano S.A.”) – Airways of the American Continent – is a Colombian airline which has been the national airline and flag carrier of Colombia since 5 December 1919, when it was initially registered under the name SCADTA.

Avianca is the world’s second oldest airline after KLM, and celebrated its 90th anniversary in 2009, when it was announced that it would merge with TACA. See also KLM Making Its Way Back To Costa Rica

Avianca is the oldest airline in the Western Hemisphere.

Avianca’s hubs are in Bogotá, in San Salvador at Monseñor Óscar Arnulfo Romero International Airport and in Lima at Jorge Chávez International Airport. Its focus cities are Medellín, Cali, Cartagena, Barranquilla, San José and Quito as well as Miami, where Avianca is the largest foreign carrier by number of passengers.

The airline covers 114 destinations in 27 countries.

In Costa Rica, Avianca Costa Rica, formerly known as LACSA (Spanish: Lineas Aéreas Costarricenses S.A.), is minority owned by the Synergy Group, is the national airline of Costa Rica and is based in San José. It operates international scheduled services to over 35 destinations in Central, North and South America. The airline previously used the TACA/LACSA moniker when it was a subsidiary of Grupo TACA. Since May 2013, following Avianca’s purchase of Grupo TACA, Avianca Costa Rica became one of seven nationally branded airlines (Avianca Ecuador, Avianca Honduras, etc.) operated by Avianca Holdings group of Latin American airlines.

QCOSTARICA - Do you need a certificate of the COVID-19 vaccines applied in Costa Rica?  People who require a certificate that certifies the receipt...
Reports

Q24N - El Salvador may be the first country to adopt bitcoin as legal tender, but recent developments suggest that it might not be...
Entertainment

Q TRAVEL - Travelers from the European Union or third countries, including Costa Rica, who have fully been vaccinated, will now be able to...
Environment