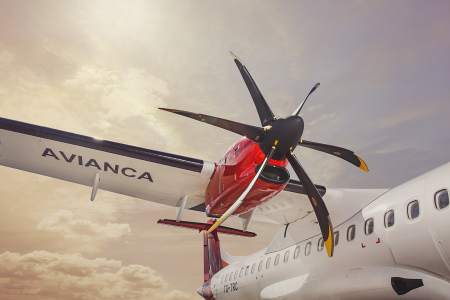 QCOSTARICA TRAVEL – At a cost of only US$299, the Colombian airline Avianca will starting in July take you from San Jose to the Colombian island of San Andrés and back, with three weekly flights.

The special price is available for purchase between May 15 and 25, for flights between July 3 and November 30, after that regular price apply, which the airline says it will announce at a later date.

The ticket price includes all taxes, including the Costa Rica airport exit tax formerly paid at the airport.

According to the airline, San Andrés is one of the favorite destinations of Costa Ricans.

Using an AR72 with a capacity of 68 passengers, the airline expect to move about 700 people monthly.

Also, being part of the Star Alliance, Avianca customers have access to some 33.000 connections worldwide.

The San Andres flights will operate from the Juan Sanatamaria airport Fridays, Saturdays and Sundays, leaving at 11:50am and arriving in San Andrés, off the Caribbean coast of Nicaragua at 2:09pm. The return flight leaves San Andres at 2:44pm and arrives in San Jose at 3:01pm.

Currently, and up to July 3, Avianca flights to San Andrés from San Jose are by way of Bogota.