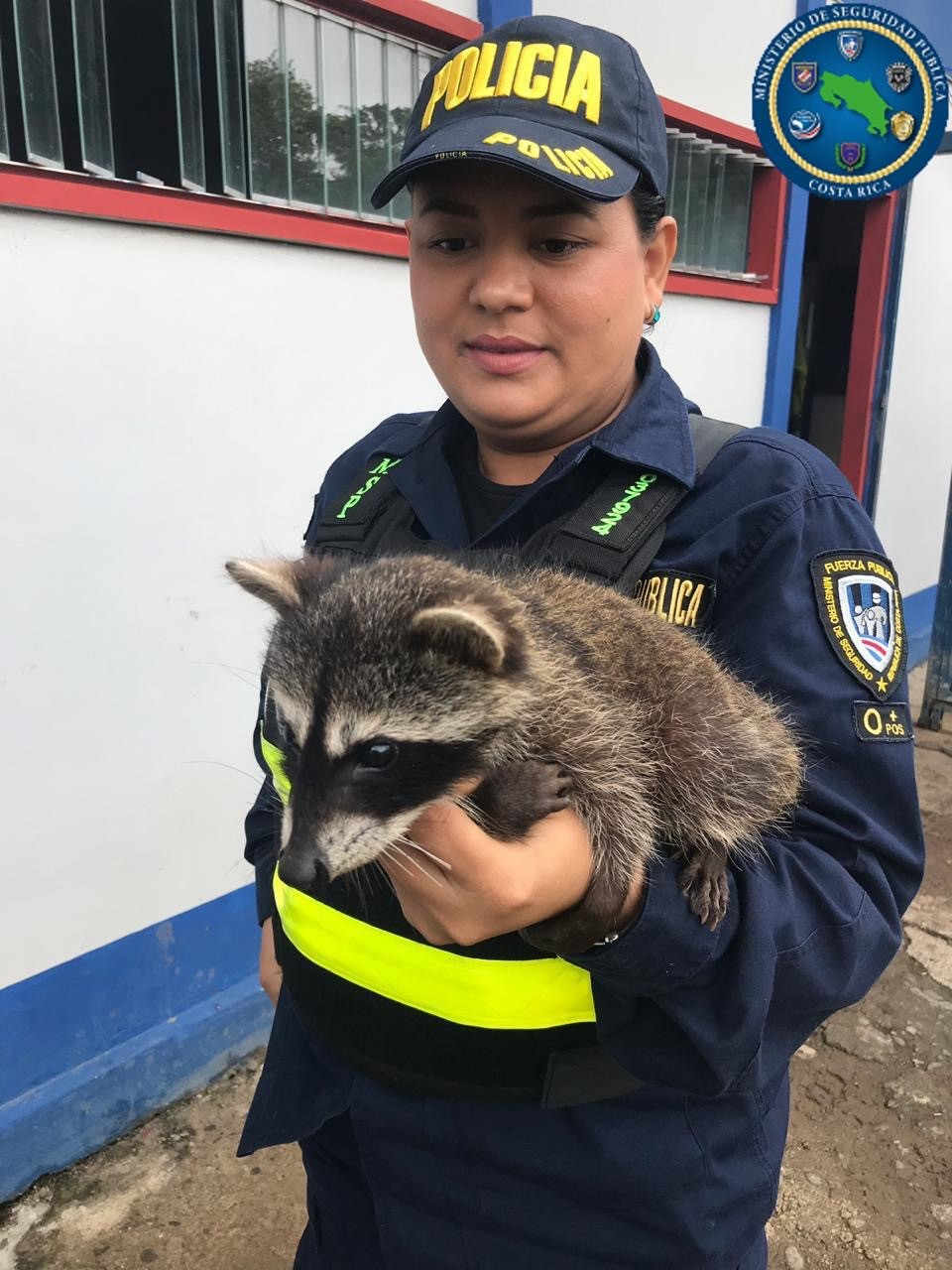 The Fuerza Publica (national police) and the SINAC (conservation authority) rescued a baby raccoon (mapache in Spanish) that followed a couple of youths through the streets of Upala for help.

The young couple, heading towards the center of Upala, near the Nicaragua border, said they felt the animal following them. Respectful of wildlife, the young man and his friend decided to pick up the little animal in their hands and set it free in the nearby bushed, but the little raccoon began to follow them again.

After several attempts, with the same results, the baby racoon following them, they chose to take to the local police station, where the officials fed it fruits, gave it water and even improvised a nest so it could spend the night comfortably, then, at dawn it was handed over to officials of the Sistema Nacional de Área de Conservación del Minae (SINAC) – conservation authoritey – in Upala, to be relocated.