Have a Beer While Driving in Costa Rica! 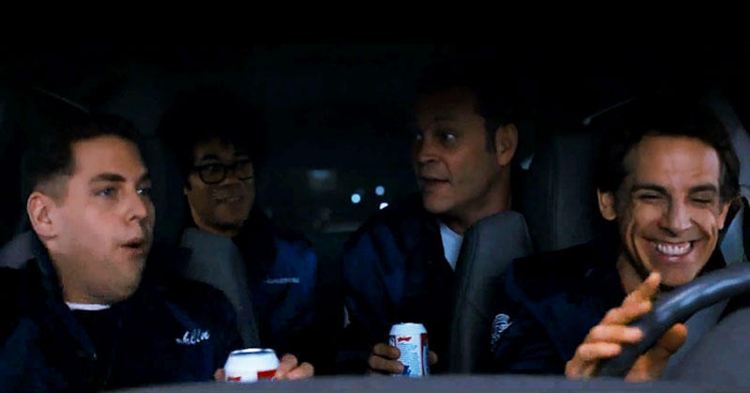 Driving overseas can be confusing enough without dealing with strange laws, like if converting the speed limit from miles to kilometres per hour is challenging enough. But in some places, you have a whole host of weird traffic laws to contend with, too. Here are laws that could really drive you mad! 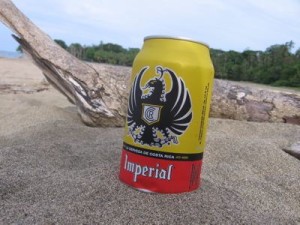 Costa Rica: One for the road
Have a Beer While Driving in Costa Rica. No brown-bagging needed while driving in Costa Rica — it’s legal to drink and drive, but not to be drunk behind the wheel. Uh? Let me explain, in Costa Rica, sipping a beer with one hand and navigating the windy and treacherous roads of Costa Rica with the other is Totally Legal. Driving with a blood-alcohol level of more than 0.75 per cent? You’re going to jail. The country also prohibits blasting loud music near churches, hospitals and schools.

Mandatory breathalyzers in your car
On the other end of extreme, France requires its drivers to carry a portable breathalyzer at all times when driving a car. The one-time kits cost around $5, and if you don’t have one the fine is 11 euros ($15)—but the law is seldom enforced. 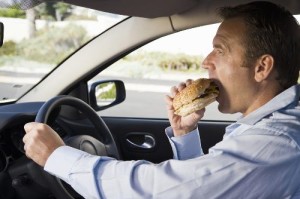 Eating inside the car
Careless driving laws exist both in the United States and in the United Kingdom, but it can get draconian in the UK, where motorists have been ticketed for eating a sandwich or apple.

Driving topless
Drivers male or female in Thailand can’t drive shirtless, whether it’s a car, bus, or a tuk-tuk cab.

Don’t flip the bird in Cyprus
Never mind obscene gestures–even raising your hands in a bout of road rage in Cyprus can get you fined for 25 euros, or about $35. The law states a driver can be fined if the person “is in an irregular position inside the vehicle or raises his hand from the steering wheel unnecessarily.”

Muddy water blues: Fine for splashing pedestrians
Politeness isn’t just the culture in Japan, it’s part of driving laws. Splashing a pedestrian with a puddle from your car will cost you over $60. The country is also strict with its DUI laws—riding with or loaning your car to a driver who gets caught drinking and driving can lead to a fine costing thousands of dollars. 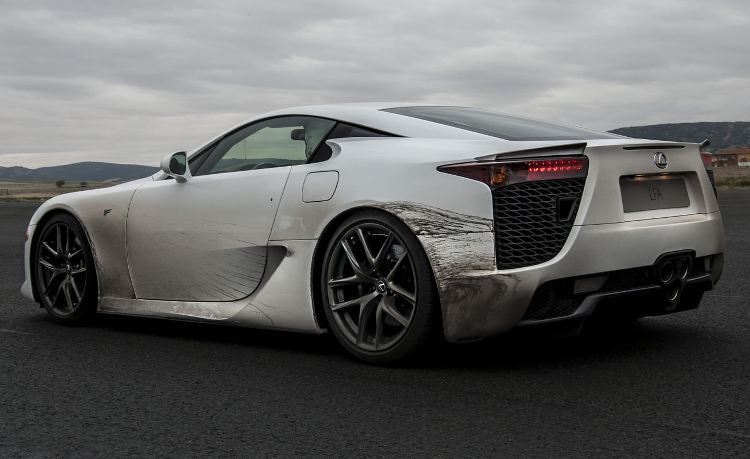 No dirty cars, or car washes on the street
If your car is dirty enough to pen dust art, in Moscow it’s liable for a fine of 2000 rubles (about $55). Although enacted in part to prevent muddied and obscured license plates, it’s up to the officers to make the call. Worse yet, it’s illegal to wash your car by hand on public property for ecological reasons—forcing you to take it to one of the few car wash facilities.

Don’t run out of fuel on Germany’s Autobahn
Make sure you have enough fuel in your tank to accommodate your inner speed demon on the world-famous Autobahn. If you run out of gas and have to pull over, you’re breaking the law. It’s illegal to stop unnecessarily on the Autobahn, and running out of fuel is considered unnecessary, since it could have been avoided.

Carry an extra pair of glasses while driving in Spain
Anyone with a Mr. Magoo-esque prescription for thick spectacles will understand the reasoning behind this law. In Spain, those who require vision-correcting glasses in order to drive must keep a spare set in their car at all times. 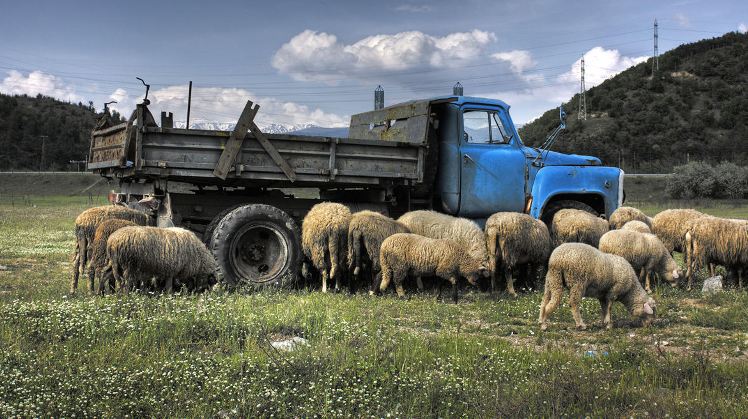 Your sheep needs a chaperone in Montana
The United States isn’t immune from bizarre laws, either. In Montana it’s illegal to have sheep in the cab of your truck unless there’s a chaperone—but luckily it’s legal to keep Dolly inside the passenger cabin without supervision. In Nevada driving camels on highways is prohibited.

Don’t ride with a drunk driver in Japan
If you’re sober, why would you ever get in a car that has an intoxicated driver behind the wheel? In Japan, besides risking your life, you’re also risking legal trouble — sober passengers in the car with a drunk driver can be punished under the law.

Don’t drive blindfolded in Alabama
We’d love to hear the story around why this law was created. In Alabama, it’s illegal for people to drive while blindfolded. So much for proving you know your route so well you could get there blindfolded!

Life comes at you fast when you’re a teen...
Nicaragua