Being An INS Agents Beats Being a Teacher! 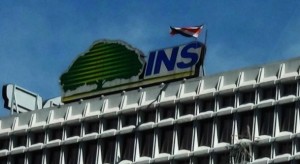 Wow! If you think that being a teacher may be hazardous to your health (see: Paid Teachers Sick for Decades), it’s a vacation compared with being an insurance agent — or so it would seem from the figures from the universal health care system (Caja).

More than half of the National Insurance Institute (INS) personnel were off work last year with some sort of illness that kept them home. Of the 2,198 employees of the government owned insurance company, 1,209 were home (55%) with illness some time during 2012.

In all, last year the Caja issued 2,986 medical permissions in its clinics and public hospitals for 14,741 days off, most of them (57%) to women. The cost to the Caja was 388 million colons but that was just 60% of the salaries of sick INS employees — INS paid the other 40%.

The sick time was monitored by a study by a special Caja commission. Right behind INS for least healthy employees is the San Jose Municipality with 59% nearly exactly the same number. (La Nacion received a copy of the report.)

But another figure also is an eye opener: the entity with the longest sick time off among employees is the workforce at the Limon docks — averaging 10.5 days per illness. The Municipality has only an average of 9.5 days off per sickness.

Ironically, right behind them comes the Caja itself with 8.7 days per incapacity. But the Limon port carried the day in number of days off per sick time permits — 29 days to recuperate at home.The Ministry of Education and the courts follow with more than 20 days off work for illness permission to stay home.

Personal Note: This reporter does not wish to be thought to be throwing stones. After nearly 20 years of working at the newspaper The Tico Times without a single sick day, he broke a vertebrae in 1997 and was out of action under INS workplace accident injury treatment for nine months before doctors cleared him to return to work.

Perhaps the only difference from the majority of the illness time off recipients above is that he was overjoyed to get back in the saddle.

QCOSTARICA - After years of deterioration and antiquity, work...
Infrastructure