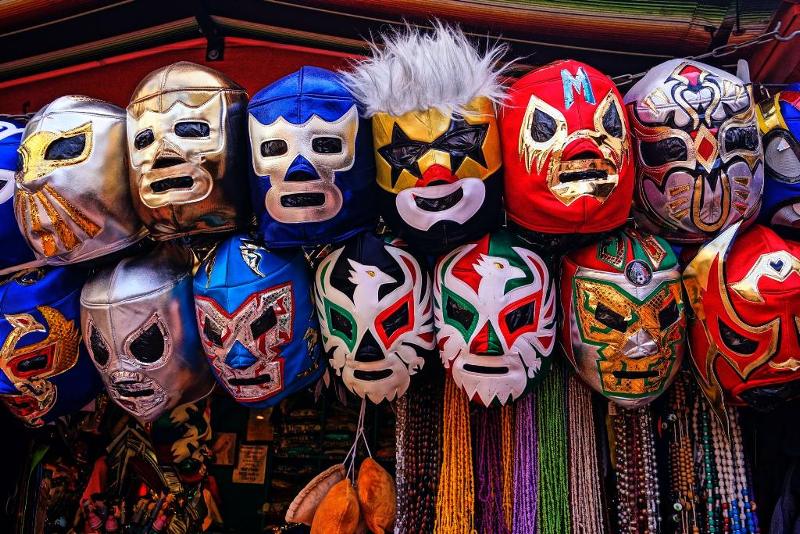 From Mexican wrestling to ancient Incan sites, Latin America is awash with inspirations. So, it is no wonder that the region’s themes are often used in casino games. Here is our rundown of the five coolest Latin America-themed games currently available.

Since Lucha libre wrestling began in Mexico in the early twentieth century, it has developed to become one of the things modern Mexico is most well known for. The unique form of wrestling is characterized by colorful masks, rapid sequences, and high-flying maneuvers. Lucha libre has also become a firm part of popular culture in recent decades, and there are numerous Lucha libre video games available, such as Burrito Bison: Launcha Libre, Guacamelee!, and Lucha Libre AAA: Héroes del Ring.

There is even a Lucha libre casino game. The Lucha Maniacs slot game features 20 fixed pay-lines. To win, you need to match three or more symbols along those pay-lines. Lucha Maniacs is available at Casumo casino. And if you fancy playing more traditional casino games like blackjack and poker, you can do so at Casumo’s live casino, where you get to play games in real-time with real dealers.

Since the card game poker was first developed during the early nineteenth century in the United States, it has risen to become one of the most popular pastimes on the planet. Furthermore, a wide range of variations of the game has been created over the years, including such favorites as Texas Hold ‘Em, Five Card Draw, and Seven Card Stud. O

ne variation that has become popular in recent years is Caribbean Poker, although the game’s origins are unknown, so whether it was actually first played in the Caribbean or just named after the Latin American area has not been ascertained.

Caribbean poker is based on Five Card Stud, but it has several differences. Primarily, players only face the dealer and not other players. You only need to beat the dealer’s hand to win. Therefore, there is no bluffing element as there would be in traditional poker games.

The fifteenth-century Incan citadel of Machu Picchu in Peru was only discovered in 1911. Since its restoration, it has become one of the most iconic and most-visited attractions on the planet. And in 2007, the Machu Picchu site was named one of the New Seven Wonders of the World. If you are unable to visit the jaw-dropping site, you can still have fun by playing the 5-reel, 20-line Gold of Machu Picchu online slot game, which is packed full of South American themes, including the Llama Deification special feature.

For a more modern Latin American setting, check out the Neon Jungle slot game. It combines the Amazonian jungle with the backdrop of Rio de Janeiro’s bright lights and skyscrapers. The 5-reel, 20-line slot allows you to soak up both the natural and manmade worlds of Brazil, and the symbols feature native creatures like frogs, parrots, and butterflies. Neon Jungle is a very nicely designed slot game. The visuals are crisp and appealing and there is a heavy drumbeat playing in the background to put you in the mood.

The beautiful region of Argentina and Chile known as Patagonia is renowned for its breath-taking scenery consisting of lakes, fjords, glaciers, steppes, deserts, and the southern section of the Andes mountains.

If you have yet not gotten around to visiting Patagonia, you can at least take a step in the right direction by playing the new Patagonia slot game, released in 2020 by Spieldev.

The game features excellent visuals, high-quality icons, and transparent reels, accompanied by Patagonia’s stunning scenery in the background. The 5-reel game provides 1,024 ways to win and it features appropriate symbols like fish, deer, and eagles.