Beware Of The Keylogger

The next time you use a public computer or a computer other than you own to access bank accounts and other sensitive and personal information. beware. A little known but available everywhere device or software, can easily record every stroke you type on the keyboard, making it cakewalk to hack an account. 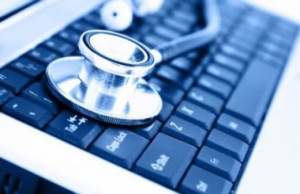 So, what the heck is a keylogger?

A keylogger, also known as keystroke logger or system monitor, is a hardware device or small program that monitors each keystroke a user types on a specific computer’s keyboard.

Keyloggers can be divided into two categories, keylogging devices and keylogging software. The former can easily be spotted as it requires a physical connection, usually between the keyboard cable and the motherboard on desktop computers. The latter, is virtually impossible to detect, as the software records away virtually undetected.

What a keylogger does?

Developers and vendors offer a long list of cases in which it would be legal and appropriate to use keyloggers, including;

However, the justifications listed above are more subjective than objective; the situations can all be resolved using other methods. Additionally, any legitimate keylogging program can still be used with malicious or criminal intent.

Types of hardware keyloggers
They can be implemented via BIOS-level firmware, or alternatively, via a device plugged inline between a computer keyboard and a computer. They log all keyboard activity to their internal memory.

A hardware keylogger has an advantage over a software solution; because it is not dependent on the computer’s operating system it will not interfere with any program running on the target machine and hence cannot be detected by any software.

A hardware keylogger is typically designed to have an innocuous appearance that blends in with the rest of the cabling or hardware, such as appearing to be an EMC Balun. They can also be installed inside a keyboard itself (as a circuit attachment or modification), or the keyboard could be manufactured with this “feature”. They are designed to work with legacy PS/2 keyboards, or more recently, with USB keyboards. Some variants, known as wireless hardware keyloggers, have the ability to be controlled and monitored remotely by means of a wireless communication standard.

The main risk associated with a hardware keylogger use is that physical access is needed twice: initially to install the keylogger, and secondly to retrieve it. Thus, if the victim discovers the keylogger, they can then set up a sting operation to catch the person in the act of retrieving it. This could include camera surveillance or the review of access card swipe records to determine who gained physical access to the area during the time period that the keylogger was removed. 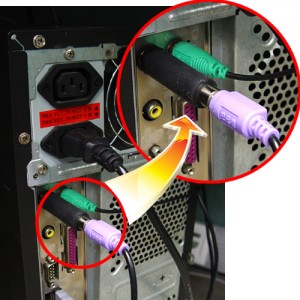 Wireless Keylogger sniffers – Collect packets of data being transferred from a wireless keyboard and its receiver and then attempt to crack the encryption key being used to secure wireless communications between the two devices.

Firmware – A computer’s BIOS, which is typically responsible for handling keyboard events, can be reprogrammed so that it records keystrokes as it processes them.

Keyboard overlays – a bogus keypad is placed over the real one so that any keys pressed are registered by both the eavesdropping device as well as the legitimate one that the customer is using.[1]

Countermeasures
Denial of physical access to sensitive computers, e.g. by locking the server room, is the most effective means of preventing hardware keylogger installation.

Visual inspection is the easiest way of detecting hardware keyloggers. But there are also some techniques that can be used for most hardware keyloggers on the market, to detect them via software. In cases in which the computer case is hidden from view (e.g. at some public access kiosks where the case is in a locked box and only a monitor, keyboard, and mouse are exposed to view) and the user has no possibility to run software checks.

One method a user might thwart a keylogger when using a public or unknown computer is by typing part of a password, using the mouse to move to a text editor or other window, typing some garbage text, mousing back to the password window, typing the next part of the password, etc. so that the keylogger will record an unintelligible mix of garbage and password text.

If you get called to tell you that your vaccine is ready, be careful! It may be a scam

QCOSTARICA - Posing as bank employees, announcing that you have won...
Read more