Not long ago – another meaning!

It was time to feed the family, tortillas, frijoles, rice, an egg and with great luck some chorizo or even “bistek”. It was not too many years ago, perhaps eight maybe only six that riding a bicycle on the road in Costa Rica was equated with the “working class” poor and the best way to get to the job on time in the moonlight hours near dawn and back again in similar moonlight hours of the evening after working twelve, maybe fifteen hours that day. 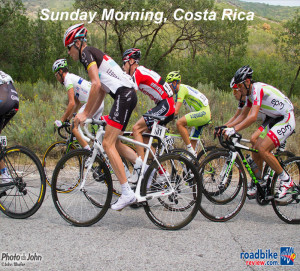 Riding those bikes, with wobbly wheels remains a sign of necessity and certainly not a part of some cardiovascular exercise prescribed by a personal trainer at Hospital CIMA which is now the case for many.

Equally important, these riders went to work each day cared and knew the common sense rules of the road. Again, something which is now missing and with the elitist rider system made popular and entrenched on the singular mantra,”Need to get a workout and look good while doing it.”

I went to a bike store the other day and was floored by the cost of these two wheel demons. Low end starting price, US$500 and the ending price….well there is no ending price. But Lindora, Escazú, Curridibat, Tres Rios and Santa Ana riders all need the most expensive two wheelers which have replaced the big ass Hummer car as Costa Rica’s newest status symbol.

Early enough in the approaching dawn are the workers, construction workers, the farm laborers; all those people needing to make a living on limited income and needing to get to the job on time or be docked wages.

However, shortly after the sun comes up , then on the less pocked roads, come the “dandies” dressed to kill and chugging away on their US$2,000 bike with those skinny wheels which when caught in any one of the five million Tico huecos means an early demise of both rider and bike.

Actually, last year a new sport among criminals was to hold up sports riders and steal their bikes and uniforms. A poor business decision . Bottom line, who and the hell wanted them? Then again, some cars just ran them over and cut to the cotton line of frustration.

Sometimes the workers and riders mix since the laborers need to get to their job sites and are reluctant to give up road space. A truly weird and indeed caste confrontation that would make a good Harvard case study: maybe INCAE

The workers are to the right of the road riding the shoulders in single lanes so as not to be squished by approaching cars, trucks, buses and sport bikes. Meanwhile the truly arrogant sport riders are two to four abreast chatting about something important like where to have breakfast or on their cellular phones with the office making mega – mega deals.

“Sorry my dear, I will be a little late today since I am on the phone with Edgar, avoir.”

Either way, these people  have a distorted the innate sense of road ownership, especially on the freeways which is the route you get with those super costly bikes and not to mention those hot $500 jerseys and pant sets + US$400 shoes not meant for walking yet signed by Lance Armstrong who beat cancer, but not his own egomania.  (I notice less yellow bracelets lately! But the jerseys cannot be returned.)

Meanwhile, the worker bees struggle up and down hills, with back packs, heavy boots, umbrellas and remain far to the right so as not to attract attention. After all, they must bring home the bread tonight while the sport  bikers only need to fix the flat tire, get a massage then off they go to the warm, refreshing shower and after reading La Nación while warmed by an organic coffee with non-fat sweetener , free range skimmed yak milk,  latte. 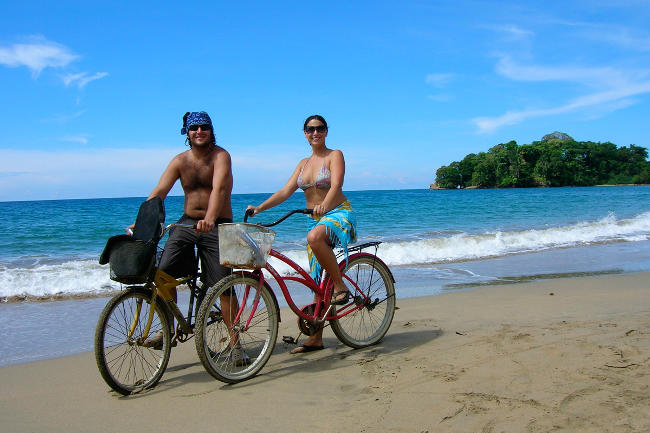 “Make that a double.”

Weekends are the worst!

We have bikers in caravan, almost like the Tour de France in Costa Rica and each looking for their PED fix, blinking light cars in front and cars behind.

All I want to do is go grocery shopping nestled in my own car. My goodness, by 7:30AM on Sunday you would believe that you are the violator of their roadway rights to form a peloton which literally means little ball. (Read into it want you want!)
Not that there is leader but they chat on their Black Berry to each other and ogle the long legs of the trim ladies riding alongside with a little more on the front side and in so doing take up the entire damn road!

Tooting the horn that I am a car and would very much like to go more than 40kph is not acceptable. It is Group Think at its best. With mumbles of vulgarities and a “finger” or two, I know we must wait to pass those damn $2,000 bicycles and $500 T-shirts.

The workers, they are not about to take chances and certainly are not members of these elitist group of riders. You have no idea how much I would love to see one of these worker guys pull up the wobbly Schwinn bike and take off on a peloton.
Beat the hell out of them! “Zoom, Zoom”

QCOSTARICA - With the homicide of a 61-year-old man this Sunday,...
Read more

(QCOSTARICA) The country is experiencing unprecedented road development after years of...
Read more