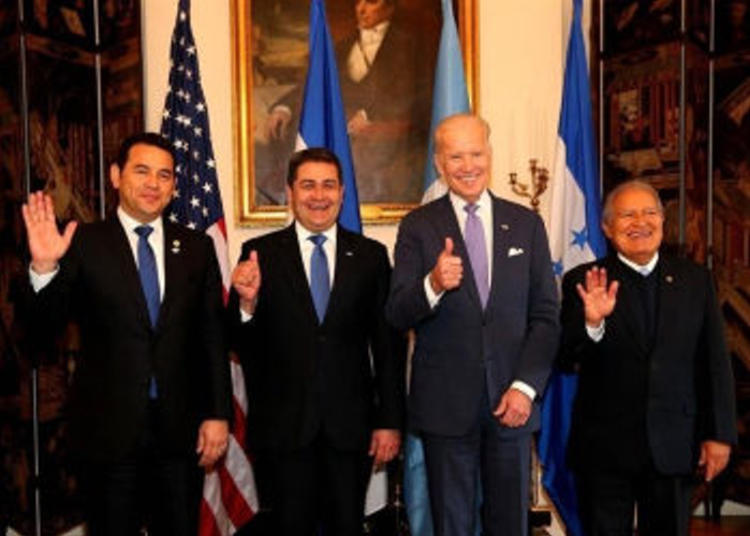 (InsighCrime) There are high hopes that the new US administration of President Joe Biden will provide a shot-in-the-arm to anti-corruption efforts in Central America, perhaps even leading to the creation of a regional commission that helps local prosecutors investigate major corruption cases.

But launching such a commission would be no easy feat. 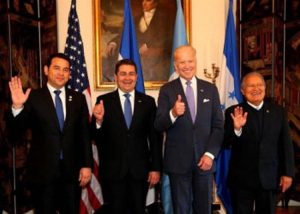 Multiple sources consulted by InSight Crime in Washington DC and Central America say that creating an institution similar to the CICIG will be complicated and believe that the Biden administration will first resort to other strategies, like restructuring cooperation efforts with the local Attorney General’s Offices and revoking the visas of corrupt officials so as to put pressure on the governments of Guatemala, Honduras and El Salvador. The administration may also mandate the Federal Bureau of Investigation (FBI), the Drug Enforcement Administration (DEA), or the State Department’s Bureau of International Narcotics and Law Enforcement Affairs (INL) to help investigate complex cases.

“While there is talk of a regional initiative, clear and decisive action will be required in the short term to indicate that the fight against corruption will be a priority for this administration,” says Adriana Beltrán, Director of the Citizen Security Program at the Washington Office on Latin America (WOLA).

A Pentagon adviser and a legislative assistant that have participated in talks about Biden’s plans in Central America – who both spoke on the condition of anonymity, as they are not authorized to do so publicly – say that one of the most likely paths forward is that US agencies like INL directly support the specialized prosecutor’s office, and that the State Department could even provide more cooperation funding.

According to one source consulted by InSight Crime, the Special Prosecutor’s Office Against Impunity (Fiscalía Especial Contra la Impunidad – FECI) within the Guatemalan Attorney General’s Office, which closely collaborated with the CICIG and has received multiple signs of support from the US ambassador in the country, would likely lead this sort of commission.

The direct support of INL and other US agencies has already served Central American prosecutors to advance complex investigations, such as mapping the leadership structure within MS13 in El Salvador or investigations into officials within the Nayib Bukele government accused of acts of corruption during the pandemic, a Salvadoran official told InSight Crime.

In an interview with El Faro, Juan González, who advises Biden on Latin America affairs from within the White House’s National Security Council (NSC), said that support for the prosecutors will be one of the first paths forward for bilateral relations.

“We look to provide support through the Justice Department and other governments, and to form a task force, a commission, to work with them to investigate cases, to start processes and to use all the tools the United States has to go after these transnational criminal groups,” said González.

Stephen McFarland, former US Ambassador to Guatemala (2008-2011), told InSight Crime that supporting local prosecutors would be a strong option. “The United States could, for example, support and participate in a regional mechanism that unites prosecutors from Guatemala, El Salvador and Honduras…Something broader like the CICIG would require considerable support from the three countries, which does not seem possible at the moment.”

Donald Trump’s departure from the White House has signalled a rapid shift in attitude toward Guatemala, El Salvador and Honduras. Since Biden’s arrival, the region’s governments are having to let go of a relationship based on laissez-faire in exchange for immigration concessions, replaced by one demanding accountability and looking likely to deploy criminal investigations.

The Trump administration did not hesitate at accepting the Honduras government of President Juan Orlando Hernández of Honduras as a strategic ally in the fight against drug trafficking. But documents published on February 5 make it seem likely the Southern District of New York, which, is formally investigating the president for his possible role in a conspiracy to export cocaine to the United States.

Meanwhile, no Biden administration official would receive El Salvador’s Nayib Bukele during an unannounced visit he made to Washington DC during the second week of February, according to a report by the Associated Press.

Trump’s ambassador to El Salvador publicly supported Bukele, including after the president controversially walked into Congress flanked by soldiers in February 2020 and when it was revealed that his government negotiated with the MS13 gang to lower the homicide rate. Bukele now faces an uphill battle in Washington, according to an official interviewed by AP.

In the case of Guatemala, officials in Washington and US Ambassador William Popp have not hesitated to support the FECI and the Constitutional Court when they have suffered attacks by officials within the administration of President Alejandro Giammmattei.

Additionally, Biden has already suspended the so-called “safe third country” immigration agreements, a diplomatic tool used by the Trump government to try to stop the flow of Central American migrants across the US border and put Central American leaders of the administration’s good side.

InSight Crime spoke to both a legislative assistant and an official working on Latin American affairs at the State Department, who both disclosed that officials from these countries appearing on the Engel List would have their visas revoked. The Engel List was created in December 2020, specifically requiring the US government to publish a list of Guatemalan, Salvadoran and Honduran officials suspected of corruption and to revoke their US visas.

“The Engel List is a firm mandate that is welcomed by this administration,” the legislative assistant told InSight Crime, adding that State Department and NSC officials were building the list and would present it to Congress by mid-June.

“The process is just getting started, but there are already names of officials and ministers from these countries on the table,” explained the legislative assistant.