Black Friday Fever is no longer just an event in the U.S. In Costa Rica, Black Friday Fever started Wednesday night, as shoppers traded sleep to make line in front of some retail stores to be the first to take advantage of the bargains waiting for them inside.

Deals of 70% of regular prices prompted many in Costa Rica to get brave the cold spell and wait for the doors to the bargains to open, bargains like a ¢600.000 colones flat screen television for only ¢99.000 colones.

Retailers are counting on the weakness of shoppers, tempting them with bargains to buy on impulse.

For impulsive shoppers Black Friday is a nightmare. 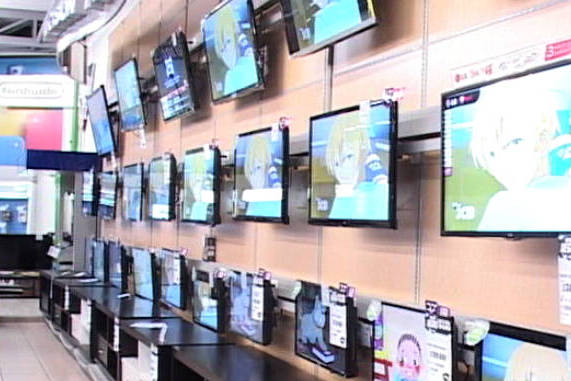 How to avoid overspending or buying what you don’t need? The experts say make a list, be clear of what you really need and not just buy because it is marked down.

Leave the credit card at home. A good practice is to use a debit card, which you can load with a specific amount. Tempted by an impulsive urge to spend more is eliminated, the card will be denied.

Compare. Walk the mall, drive around, scan the ads in the print newspapers and online, be sure you are really paying less than the normal sticker price.

When it comes to electronics and appliances, not only compare prices, compare features and extras. For instance, some cell phones and computers all look alike, but inside there are many, many differences between the models and configurations.

The following is our shortlist of retailers offering special deals and extended hours today. Please use the comments section below to let us more deals and where they are happening.

Walmart
Black Friday began last night and will continue non-stop until 1am Saturday.

Play
The Play stores in Zapote, Escazú and Heredia opened their doors at 3am an wil continue with the bargains until midnight tonight>

Monge and El Verdugo
Stores opened at 7am and close when the last customer leaves.

Ekono
All 33 stores across the country opened at 6am and will close at last customer.

Universal
8 a. m. to midnight

Following the series of accusations and backlash levelled against...
Lighter Side