[BLOG] 9am:Life is Normal Around La Sabana. Sure To Change In A Few Hours! 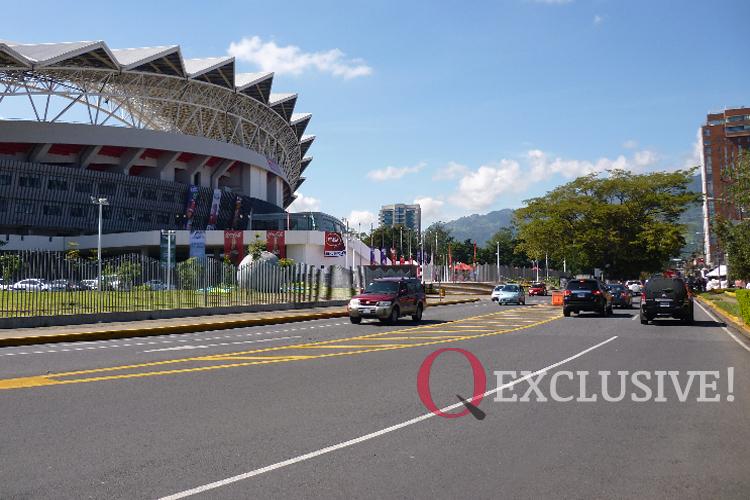 OK, it’s  Friday morning and the big game is on tonight. Living close to the stadium, the air and traffic is calm. But things are sure to heat up in a couple of hours, and not just the weather but the fever and fervor of “national soccer”.

This event will be different.

In the games prior the situation outside the stadium didn’t start taking hold until later afternoon. Today, however, it will start early, I mean like before noon.

At 9am, scalpers are out doing their thing, selling off the maybe 100 tickets between them. There is no sign of the Fuerza Publica (police) or Transito (traffic police).

Other than a few cones at the intersection diagonal to the stadium, traffic and life in La Sabana is normal. Scotiabank has not even put their metal fence around the property.

Mc Donalds is a busy as always serving up breakfast.

I’ll keep you all posted on my next round of a walk through the area around noon.

QCOSTARICA - The Daniel Ortega government sent its ambassador to Costa Rica, Duilio Hernández, as its representative to the summit of Central American presidents...
Reports