[BLOG] Roof Of National Stadium Still Not Repaired. Why? 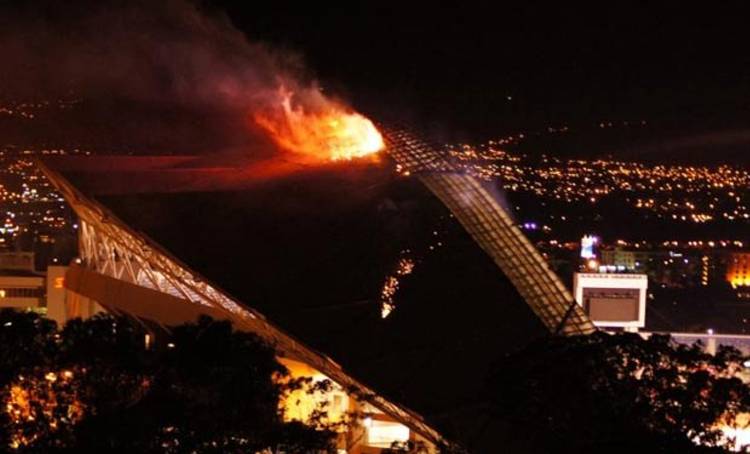 Remember this picture? It was March of this year when a section of the roof of the national stadium caught fire. Well, today, the roof has yet to be repaired.

It was, on that night of March 4th – See the report: Roof Of White Elephant Catches Fire Following Fireworks – druing the closing ceremony of the inauguration of the Central American Games being hosted in San José, that a section of the stadium’s rood caught fire. 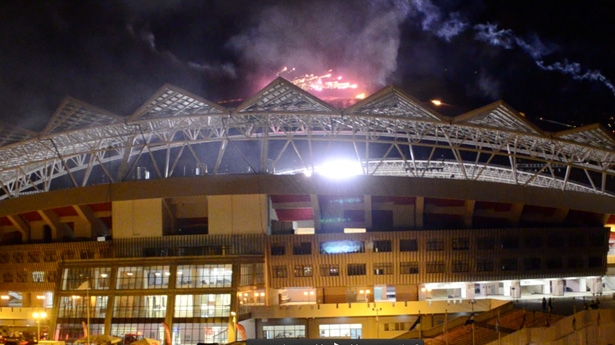 An investigation into the incident revealed that an employee of Fuegos Artificiales S.A. did not remove the plastic bags covering the fireworkds that was used in the show. That mistake was responsible for the fire of the fibreglass sheets on the west section of the stadium roof. The cost of the damage to replace the 130 sheets is some ¢50 million colones, a cost that will have to be paid by the company.

The fire did not cause any lasting damage to the structure.

Ok, so we now know what caused the fire, who is responsible and the cost. So, why, 10 months later, the roof of the country’s national stadium still not repaired?

Our email to Instituto Costarricense del Deporte y la Recreación (ICODER), the government agency responsible for the operation and maintenance of stadium has gone unanswered.