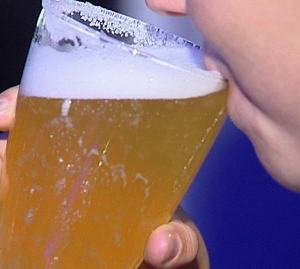 A recent study by the School of Statistics at the University of Costa Rica shows that six out of ten Costa Rican men prefer beer over any other type of alcoholic drink.

Given that 6 out of 10 is a majority, I think we can easily classify Ticos as hosers. What is a hoser?

Related: Costa Ricans Are Not Able To Consume Alcohol In Moderation, Study Reveals

Well, you have to be a Canadian or an American living near the Canadian border to know what a hoser is:  a slang Canadian (Canuck) term popularized popularized – but NOT invented – by the McKenzie brothers (Rick Moranis and Dave Thomas – also known as Bob and Doug McKenzie – in SCTV’s “The Great White North” segments) referring to someone clumsy or stupid who drinks beer excessivly.

Over the years Ticos and Canucs have had close ties, though not sure who the first hosers where, the Canucks or the Ticos.

Hey, only my opinion.

Pass me an Imperial, mae!

QCOSTARICA - For today, Monday, September 13, despite being...
Pura Vida