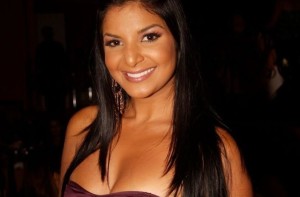 The word natural resource is usually defined as a material source of wealth, such as timber, fresh water, or a mineral deposit, that occurs in a natural state and has economic value. In Costa Rica’s when we think of natural resources the following usually come to mind: bananas, pineapples and coffee and in recent times, pharmaceuticals, financial outsourcing, software development, and ecotourism.

Well after 33 of living here I would like to redefine the word resource. I consider Costa Rica’s beautiful women to be the country’s number one resource. I feel fortunate to live in a country of traffic-stopping gorgeous women. Every time I walk down the street I see a parade of beautiful woman. Believe me my perception is not distorted. All of my male friends both Costa Rican and North American agree with me 100 percent. It is absolutely incredible that one place can have so many naturally beautiful woman. As one of my Costa Rican male friends stated in a typical macho fashion, “The reason the woman are so beautiful here is because we know how to make love to them.” Whatever the reason for their good looks, beautiful woman abound here.

Another good Costa Rican friend of mine often says, “Las mujeres son como las florers, hay que verlas.” “Women are like flowers, they are meant to be seen.” He also says, “No tiene nada de malo, echarse un taco de ojo.” “There is nothing wrong with checking out the eye candy.” I agree completely.

I would say that the two things that bring single men to Costa Rica are the country’s spring-like weather and knock-out woman. The latter dress simply with jeans and a blouse and exude sensuality through every pore in their body. Ticas are not embarrassed to flaunt their attributes and femininity. I know an American woman who lives in Costa Rica who remarked to me that all of the ticas dress like prostitutes. This is definitely not the case. The woman here are comfortable about their appearances and have no hang ups about flaunting what they have.

Everyone knows that looks are not everything, but they do help. Not only are the majority of the woman good looking here but they are more friendly and approachable than their American counterparts. Almost all of them have beautiful and radiant smiles. An American friend of mine once told me, “If you want to see the most beautiful smiles in the world, visit Costa Rica.” He was right.

Most women here like men from the States because gringos do not seem to be as hung up on machismo as most Latin men and know how to treat a lady. If you are a middle age or older man, many a younger Costa Rican woman will go out with you. I am a widower who was married to a wonderful Costa Rica woman for almost 20 years. I was about fifteen years older than my wife and my age never proved to be an obstacle. My present girlfriend is about 25 years young than I am and very devoted and appreciative. As they say in Spanish, “El amor no conoce la edad.” “Love isn’t limited by age.” This saying is especially true in Costa Rica.