Bolivia's congress has approved a bill that seeks to quell weeks of unrest by allowing for new elections that exclude the country's exiled ex-President Evo Morales. Street blockades have been lifted following talks. 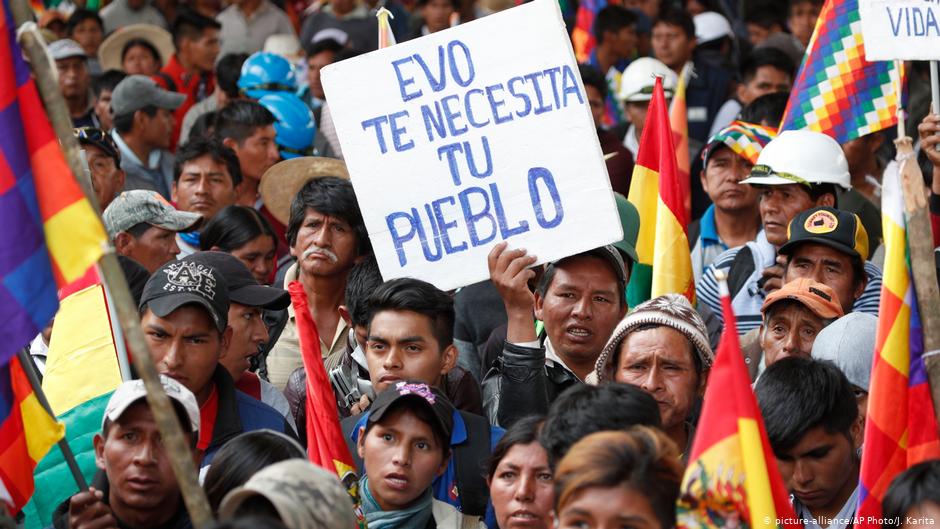 Bolivian lawmakers on Saturday approved a bill that allows for new elections and annuls the results of the October 20 election.

Interim President Jeanine Anez, a former senator and opponent of Morales, still needs to sign the bill so it can go into effect, and the timeline of the new elections remains unclear.

The move comes after Bolivia’s worst political crisis in 16 years and weeks of unrest that have left dozens dead. The crisis began after Morales claimed he won a fourth term in October’s election, despite widespread irregularities and opposition accusations of election rigging.

He eventually resigned on November 10 at the request of the military. After he took asylum in Mexico, claiming he had been ousted in a coup, his own supporters began protesting in the streets of the capital, La Paz.

On Saturday, street blockades enforced by Morales’ supporters were lifted, and supplies and goods could again reach marketplaces in La Paz and other cities that had been suffering shortages.

The relief followed an agreement Friday for talks between Anez’s caretaker government and Morales’ Movement to Socialism (MAS) party.

In the city of El Alto, west of La Paz, road access was resumed Saturday to a natural gas distribution center that had been a focus of protesters. Reuters news agency reported long lines of people waiting to refill their natural gas tanks.

Eight people were killed in clashes between security forces and protesters at the gas plant on Tuesday.

Some residents told Reuters they feared the blockade might resume, depending on how talks progress.

GAM women are decisive in the elections