Botica Solera Gets A Facelift 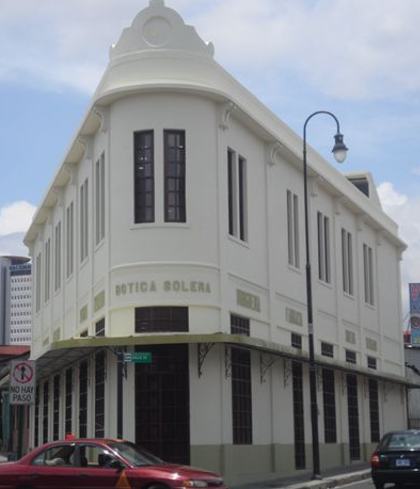 A piece of San José has been brought back to life. Following years of neglect, abandonment and enduring inclement weather and damage by vandals, the Botica Solera now stands proud once again. 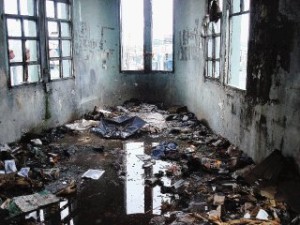 Over the past decade or more, the building was home to many indigents of the area, who slept outside the building after the municipality took steps to deny them entrance into the interior, which had been completely vandalized.

The Botica Solera building was built in 1930 by Antonio Dolinelli, at a time when “art deco” developed in Costa Rica between 1930 and 1950.

Art Deco uses symbols of masonic origin. “This speaks volumes about San José because we must remember that all the founding fathers of the republic were Masons, with the exception of Ricardo Jimenez, who also knew much about Freemasonry,” says architect Andrés Fernández, who is an advocate of a dwindling group of building that are still up and the pride of reinforced concrete, in San José’s northwest. 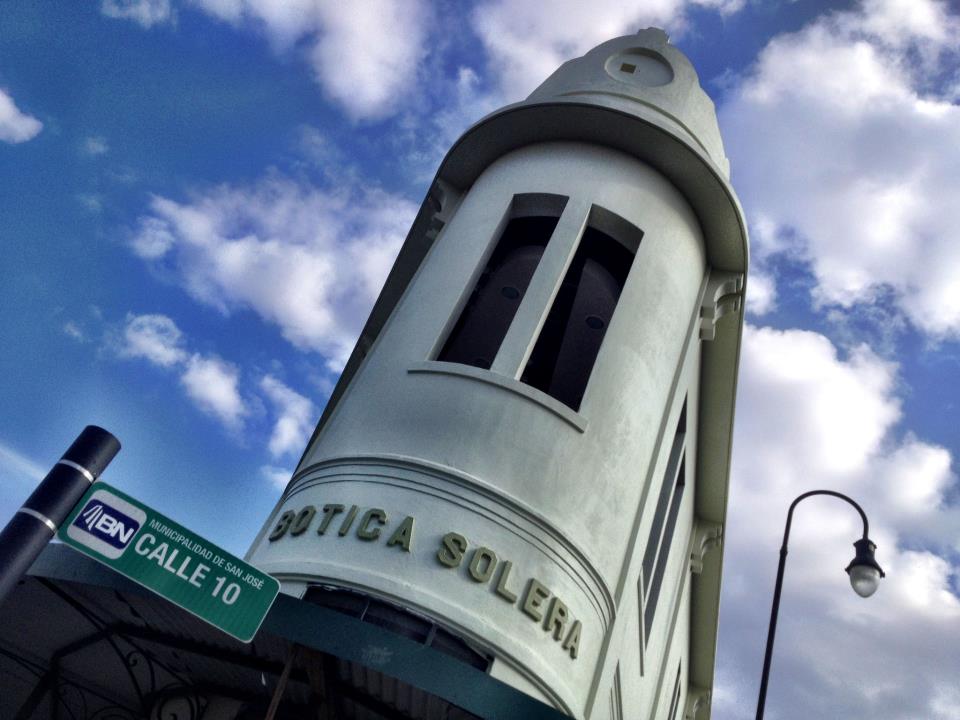 The Botica Solera is a structure that cannot be missed. It’s triangular shape stands at a high traffic corner in San José  and one of San José’s roughest “barrios”(neighbourhoods), in between Paso de La Vaca and Barrio Mexico.

The Municipalidad de San José plans to convert the buildig into a multicultural library, a gourmet coffee shop, with exhibition halls, with access to the general public.

Botica Solera Hermanos
The Botica Solera wass one of San Jose’s well known drugstores, before giant drugstore chains came about in the 1980’s. The building itself is a symbol of the Art Deco era, and was modelled imitating buildings such as the Flatiron in New York or the Metropolis in Madrid. 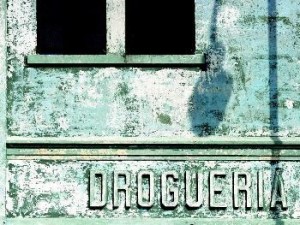 The concept was similar to the Metropolis and the Flatiron in that the wide, frequented street running north to south would meet the triangular building head on, displaying its architectural features and using the building to naturally direct traffic flows.

Suburbanization in the late 1970’s caused this area of the city to depopulate and become abandoned. With few permanent customers, the drugstore went broke and the building closed down.

The original owners died, leaving the building to over 20 heirs and claim holders. The legal battles that ensued left the building in a stalemate, during which it was occupied and looted by the homeless. Finally through a series of government grants and municipal negotiations, the building was turned over to the state and restored. 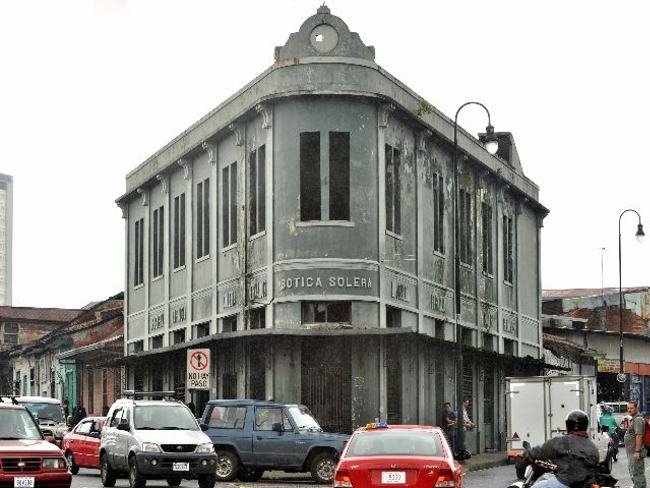 QCOSTARICA  - The 200 years of the Independence of...
Reports