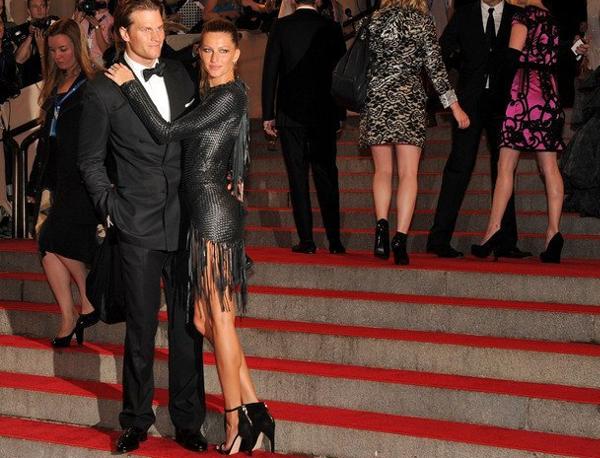 (AFP) Three bodyguards working for American football star Tom Brady and his supermodel wife Gisele Bundchen are to stand trial in Costa Rica after firing shots at two photographers during an altercation at the couple’s 2009 wedding.

A court in Puntarenas, on Costa Rica’s Pacific coast, set a trial date for September 23 against two Costa Rican security guards and a Colombian national who are accused of shooting at AFP photojournalist Yuri Cortez and fellow photographer Rolando Aviles.

According to a previous lawsuit filed by AFP and the two photographers, Cortez and Aviles were forced to drive into the Bundchen property, where they refused demands from bodyguards that they turn over their cameras and memory cards.

As they drove off, “one of the Brady/Bundchen bodyguards opened fire with pistols and shot at Cortez and Aviles,” the suit said.

The bullet shattered the rear window of the vehicle and “narrowly missed striking the heads of Cortez and Aviles.”

“We look forward to the conviction (of the three accused),” said a lawyer for the two photographers. “We have sufficient evidence to support this accusation in court.”

Cortez meanwhile said he was looking forward to seeing the men finally face trial “after four years of waiting.”

“They tried to kill me and I think we have enough evidence to prove it,” said Cortez, who is currently a photojournalist working in AFP’s Mexico City bureau.

QCOSTARICA - Do you need a certificate of the COVID-19 vaccines applied in Costa Rica?  People who require a certificate that certifies the receipt...
Latin America