Brazil: Court says vaccine could be “required, but not forced”

People who refuse could be fined or face restrictive measures 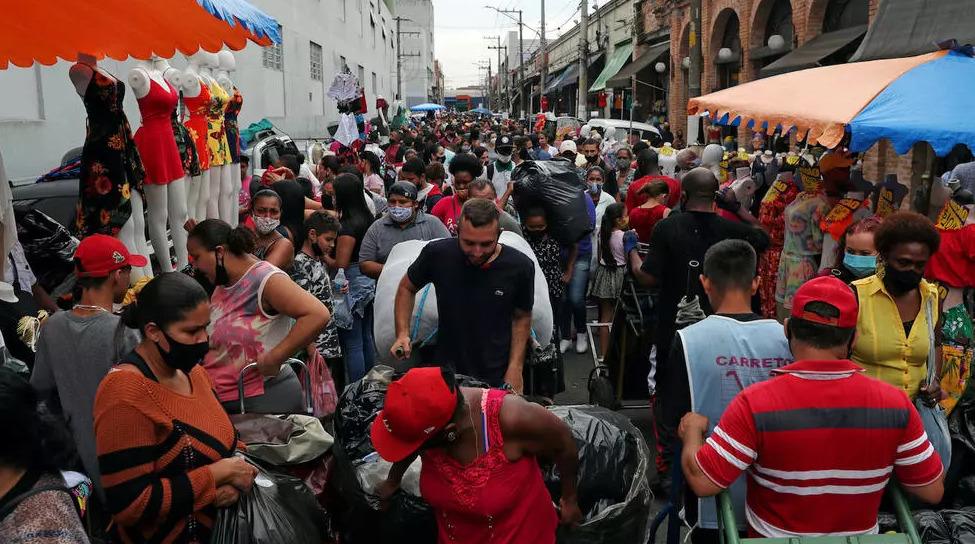 Q24N – Brazil, which has the second deadliest outbreak in the world behind the United States, reported 1,092 coronavirus deaths and 69,826 new confirmed cases, as a second wave that has been gaining steam since mid-November grows increasingly severe.

It was the highest death toll since Sept. 15, when the country reported 1,115 deaths. The pandemic has now claimed 184,827 Brazilian lives, and over 7 million infections.

Appetite for a widespread lockdown appears limited in Brazil, which has pockets of severe poverty. But a Brazilian Supreme Court justice issued an order requiring bars and restaurants in Sao Paulo, the nation’s most populous state, to stop serving alcohol after 8 p.m.

The court also ruled that Brazilians could be “required, but not forced” by civil authorities to be vaccinated. The specific enforcement mechanisms allowed by the order were not immediately clear, but Supreme Court Justice Ricardo Lewandowski wrote in the majority ruling that individuals refusing to take vaccines could face sanctions, such as the inability to partake in certain activities or to frequent certain locations.

Brazil’s right-wing president Jair Bolsonaro, who has frequently played down the pandemic’s severity, has repeatedly said in the past that he will not take any vaccine and that ordinary Brazilians would not be required to do so either, a position that puts him at odds with the court.

Earlier in the day, in a setback to Brazil’s attempts to fight the pandemic, Health Minister Eduardo Pazuello said Pfizer Inc was having difficulty acquiring approval for its vaccine in Brazil. He said a Pfizer executive told him the approval process was proving more onerous than expected in Brazil.

- Advertisement -
Paying the bills
Previous articleHow Nicaragua went from being the economy with the most pessimism in Central America in 2020, to the second with the best performance
Next articleTextile company in Costa Rica produces climate-friendly with MTU battery storage systems from Rolls-Royce

Has Costa Rica acheived herd immunity? 76.41% have their first dose of the covid-19 vaccine

QCOSTARICA - Wednesday morning was a quiet morning in...
Health

QCOSTARICA - In an effort to reduce COVID-19 infections,...