Brazil’s Culture Secretary Roberto Alvim was removed from his post on Friday, a day after he posted a video that appeared to show him copy Nazi propaganda chief Joseph Goebbels. 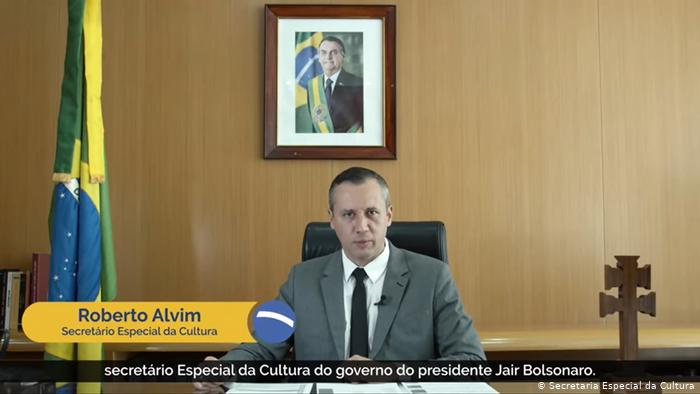 The video, posted to his department’s Twitter account, went viral for its, at times, word-for-word similarity to speeches made by Goebbels.

In the video, Alvim announced national prizes to revitalize the arts as music by Wagner, Hitler’s favorite composer, played in the background.

“Brazilian art of the next decade will be heroic and it will be national … and imperative because it will be rooted in the urgent aspirations of our people, or it will be nothing,” theater director Alvim said in the video.

Goebbels told theater directors during the Nazi regime that: “German art of the next decade will be heroic, will be wildly romantic, will be objective and free of sentimentality, will be national with great pathos and equally imperative and binding, or else it will be nothing.”

Brazil’s far-right President Jair Bolsonaro in a statement on Friday said Alvim was sacked due to his “unfortunate remarks.”

“I reiterate our rejection of totalitarian and genocidal ideologies,” Bolsonaro added, repeating his government’s support for the Jewish community.

Alvim had previously defended accusations that he had emulated the Nazi ideologue as a “rhetorical coincidence” and called the similarity an “unintentional error.”