ANVISA is streamlining its chemical prohibition process to prevent narco-traffickers from circumventing the law with similar drugs. 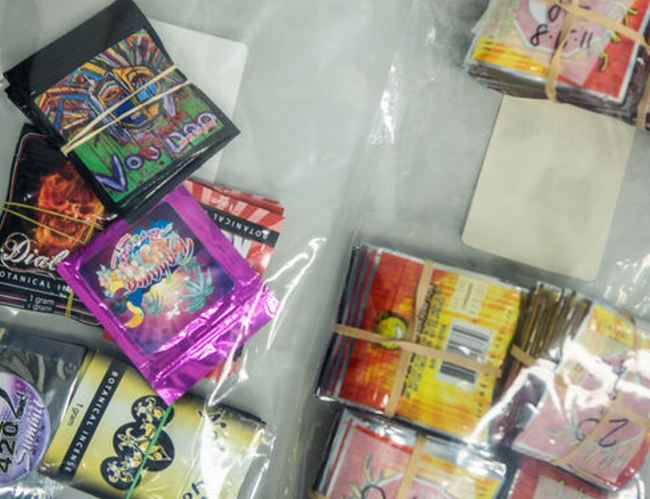 (TODAY BRAZIL) “Drug designers” are a new trend in the world of drug trafficking. To circumvent existing laws, they create new synthetic drugs that cause effects similar to those of other illegal drugs.

Since a drug can be considered illegal in Brazil only if it is included in the Brazilian Health Surveillance Agency’s (ANVISA) list of prohibited substances, suppliers of new drugs elude law enforcement.

“The drug traffickers who produce synthetic drugs hire these ‘drug designers’ to come up with new formulas to circumvent the laws in each country,” said Renato Pagotto, an officer with the Federal Police’s Drug Enforcement Office (CGPRE). “They simply produce new drugs with small modifications in the chemical molecules, forming substances that are not yet covered by law.”

The inclusion of a substance in the ANVISA list may be requested by the International Narcotics Control Board (JIFE), the United Nations (UN) or by the country’s drug enforcement agencies. Following the request, ANVISA experts study the drug to determine whether the list needs updating.

In an effort to deal with the rising wave of “drug designers,” ANVISA plans to update its list more frequently this year. Until last year, updates were made, on average, twice annually. The most recent was on Feb. 21, when 21 drugs were added.

These 21 drugs included Methylone and 25I-NBOMe, which are similar to Ecstasy and LSD, respectively. The Federal Police (PF) seized these substances in five Brazilian states since last year but couldn’t arrest the suppliers on drug-trafficking charges.

The PF studied the two drugs and requested they be included on ANVISA’s list.

“All drugs are devastating. But, according to our experts, these new drugs are more potent because users ingest a smaller amount to experience a more lasting effect,” Pagotto said. “The prices also are higher.”

The target audience for the new synthetic drugs, according to Pagotto, includes middle-class youth who attend raves. Most of the new formulas are developed in Europe and produced in India and China, according to the PF.

“They don’t know that these aren’t the original drugs and that they may be even more damaging,” he said.

Conserino added any seized substance causing physical or psychological dependence should immediately be included on the list, even if it’s just temporary.

“ANVISA ought to monitor what’s happening abroad, to see whether these substances are already banned in other countries, and update its list in accordance with the international monitoring agencies,” he suggested. “There’s no need to wait. While they wait, there is a margin for loopholes that generate this kind of impunity.”

<b>Cannabinoid for sale on the Internet </b>

On March 16, <i>TV Globo</i>’s Sunday evening news program “Fantástico” showed that synthetic marijuana, which also is known as a cannabinoid, can enter Brazil freely and is being sold over the Internet.

This type of drug comes in several variations and only one is banned in Brazil, according to the program.

ANVISA said in a prepared statement there are, in fact, three types of cannabinoids banned in Brazil. But the agency acknowledged “there is currently an international discussion in search of strategies to deal with the problem of the creation of synthetic drugs.”

“[ANVISA] has approved adherence to the decisions regarding illicit substances adopted by similar agencies or international scientific police … and it will update the list of proscribed substances as the requests arrive,” the statement said.

Pagotto emphasized that a substance not on ANVISA’s list doesn’t interfere with police work.

“Of course, inclusion facilitates the work of the police by classifying the crime as drug trafficking,” Pagotto added. “Regardless, we continue to make arrests.”

“They preemptively prohibit substances with a certain chemical structure,” he added.

In the case of the United States Drug Enforcement Administration (DEA), a suspected substance may be temporarily prohibited – for up to 18 months – until tests have been carried out.

Wong said the agencies that fail to take preemptive steps will be limited to reacting to the damage instead of preventing it.

“In six months, these 21 substances included in the ANVISA list will be substituted with another 21 different prohibited molecules,” he added.

QCOSTARICA - Almost ¢140 billion colones (US$227 million dollars) is the amount the MECO construction company was able to snare for public works contracts...
Travel