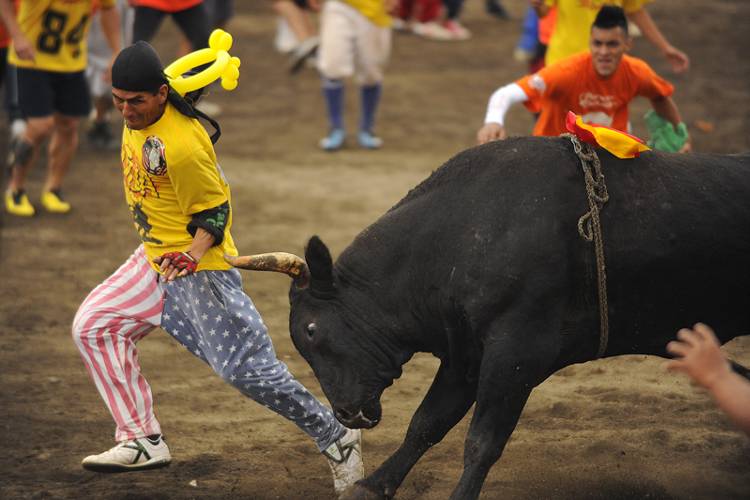 According to the statistics from the Cruz Roja Costarricense (Red Cross), at least 92 toreros (bullfighters) have been injured during the Zapote fair that began on Christmas day.

The majority of the injuries were sustained when jumping over the wall, running from the bull. Some suffered direct hits and treated on the scene by paramedics.

Related: Costa Rica: Where the bull wins the fight

In the period between December 25 and 30, the Cruz Roja said it transferred 27 patients to hospital.

The fair ends on Sunday (January 5). 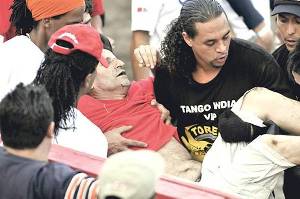 Though these bullfights occur across Costa Rica all year (last year, one tourist was brutally gored in Nosara).

So, why do what appears to be normal and sane individuals enter the bullring, defenseless in facing a raging bull? In Costa Rica, it is more about tradition, dreams and “machimso”. It has been written that many Costa Rican boys dream of one day entering the bull ring and Zapote is the “big show”.

In the U.S. they have the Super Bowl. In Canada the “Winter Classic“.  In Costa Rica, we have Zapote!

Zapote is considered the country’s largest and most spectacular  event of the season.

QCOSTARICA - For today, Saturday, September 11, there are...
National