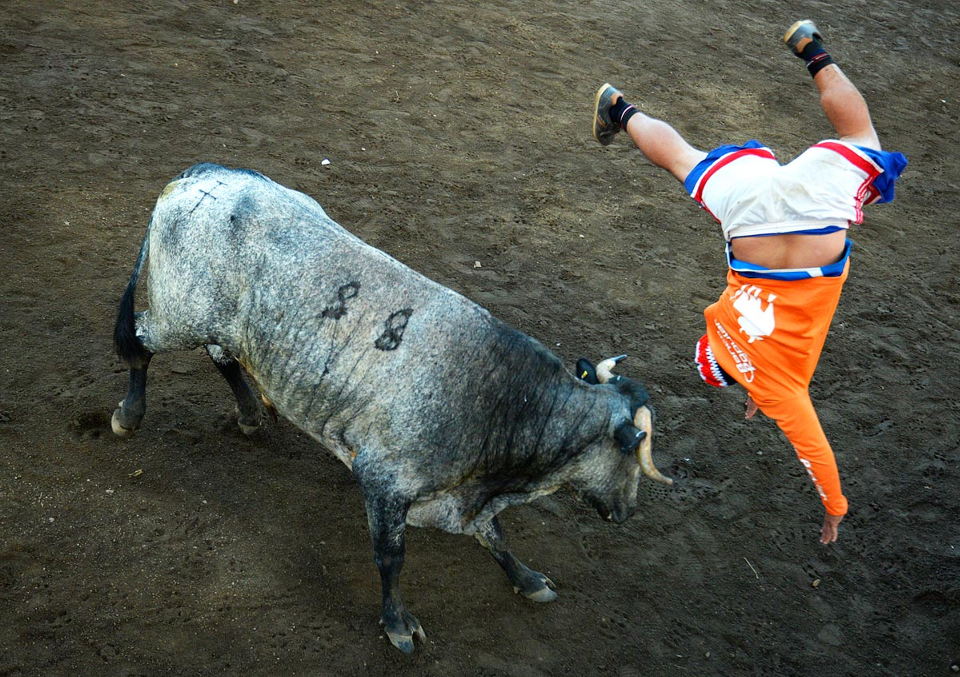 QCOSTARICA (ModernFarmer) The bullfights of Spain and Mexico are known across the world for the gory end the bull inevitably meets at the fight’s close.

In Costa Rica, where cows are a source of income for thousands of farming families, killing bulls for sport isn’t practical. Still, bullfights are the main event at an annual festival held in every town. The only difference is, no one kills the bull.

Rather than glorifying man’s power over the beast, Costa Rica’s corridas de toros exalt the bulls, while turning people into fools. The festivals feature elements of a traditional rodeo, but add hordes of untrained, overly macho improvisados, or rodeo clowns, into the ring.

Festival organizers offer cash prizes to particularly daring improvisados or host brutal games that force the rodeo clowns to face the bull head on. Though the bull may kill anyone in the ring, no one can kill the bull. 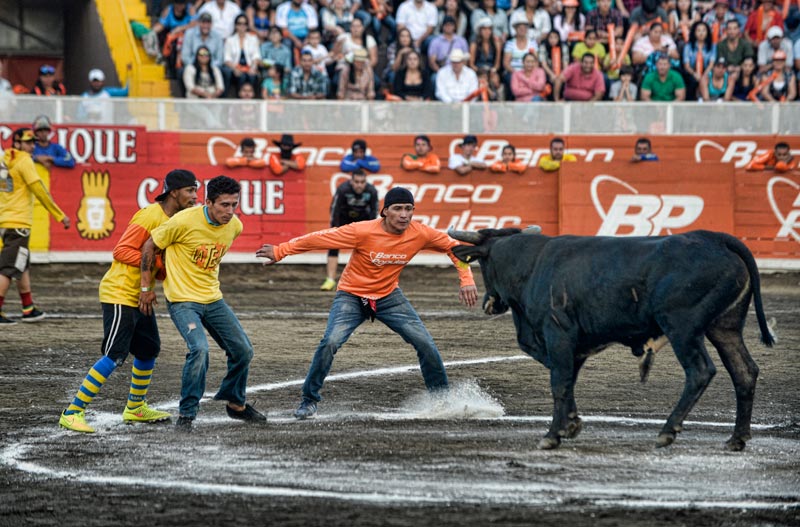 This intense, often hilarious spectacle culminates with the end-of-the-year Zapote Festival, during which thousands of Costa Ricans gather in the capital for a week of livestock-related debauchery. This year’s event ended on January 2, with more than 200 bull-related injuries and plenty of bruised egos.

QCOSTARICA - The OIJ uncovered a big pothole on Monday when it was announced that public officials had allied with construction companies that, apparently,...
Peru