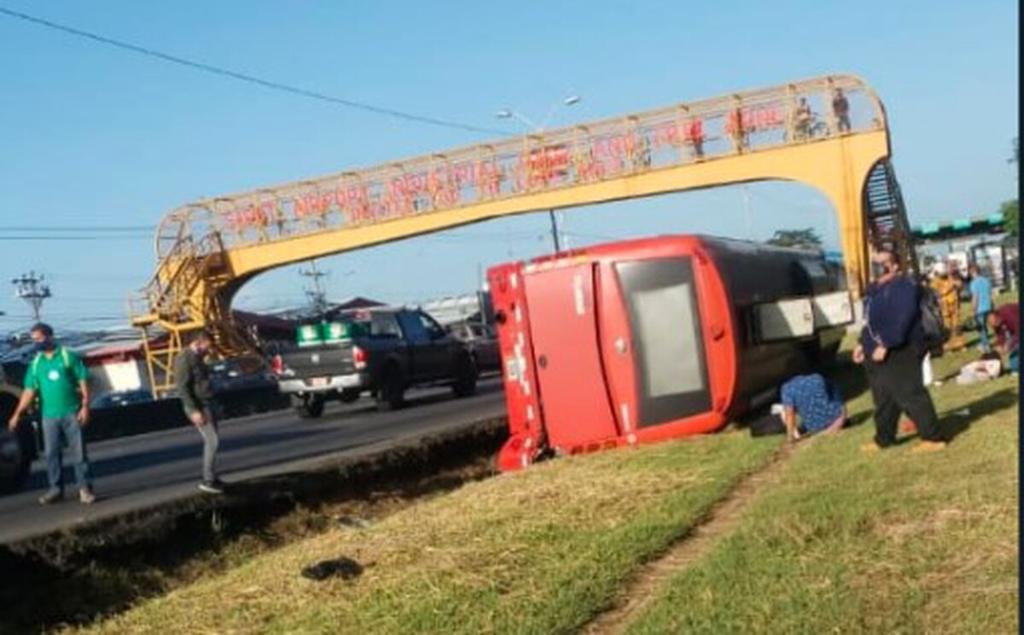 (QCOSTARICA) It was a matter of scary seconds when a tractor-trailer taps the rear end of a bus causing the driver to lose control, ending up in a ditch a short distance from the tolls on the Autopista General Cañas, east of the San Jose airport. 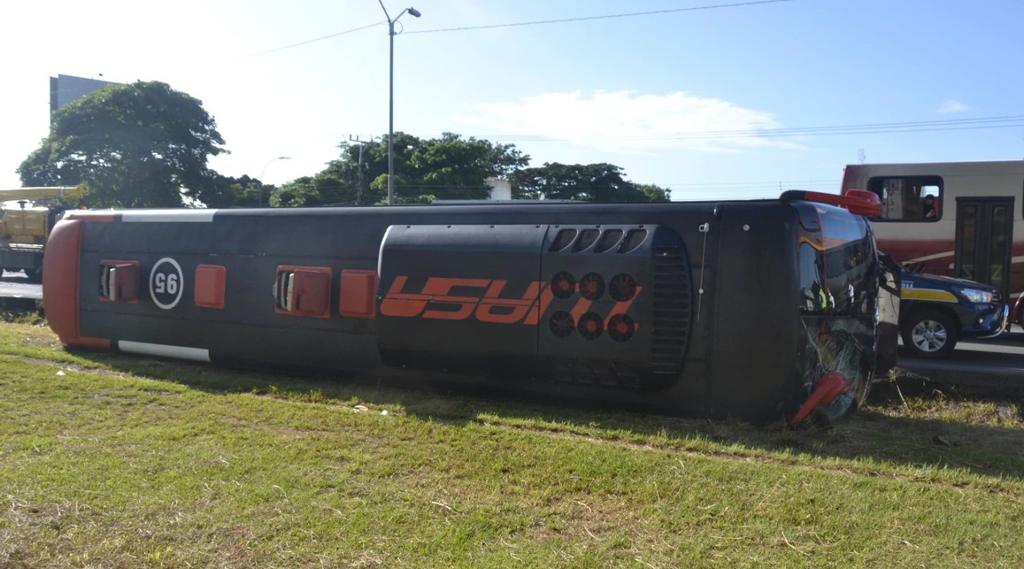 None of the passengers, nor the driver was seriously hurt in the incident.

“I was coming on the right lane and at I felt that it pushed me, I looked in the rearview mirror and I had a trailer fully close to the bus, as much as I tried to maneuver to hold onto the lane, I couldn’t, I tried to brake, but the front tire went off in the ditch and I lost control,” Alex Céspedes, the 14-year veteran bus driver, said of Monday afternoon’s incident.

Céspedes said he had never experienced anything similar in his year of driving.

He, like many of the passengers, suffered bumps and bruises. Only four of the some 40 passengers required a transfer to the Alajuela hospital

“It had never happened to me. At the time I rolled over, I couldn’t hold my leg and I was beaten, but I worried about the passengers Thank God they were just bruised. 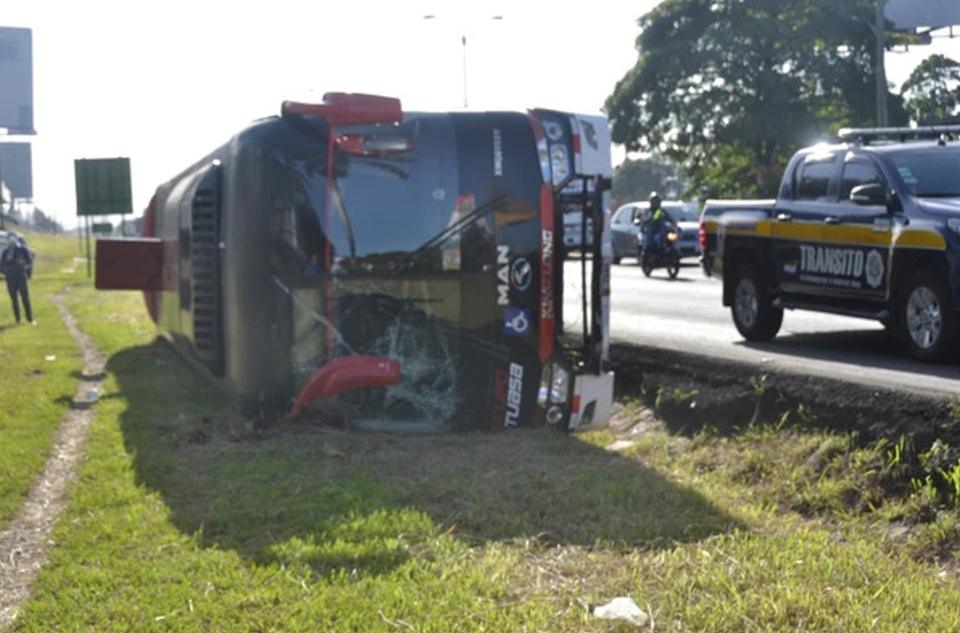 “Some of them told me they also felt the push (from the trailer),” he said.

“We transferred four delicate patients with lumbar, thorax and limb injuries. In addition, we treated another five who were stable,” said Ariel Cubillo, one of the Red Cross paramedics who attended the emergency.

- Advertisement -
Paying the bills
Previous articleCOVID-19 in Costa Rica: 1,588 new cases and 18 deaths in last 48 hours
Next article“Risky to say how much unemployment we are going to reverse with new measures”: Minister of Economy

In 2007, the Public Transportation Council (CTP) of the Ministry of...
Read more