Can Current Value Of Costa Rica’s Currency Be Maintained? 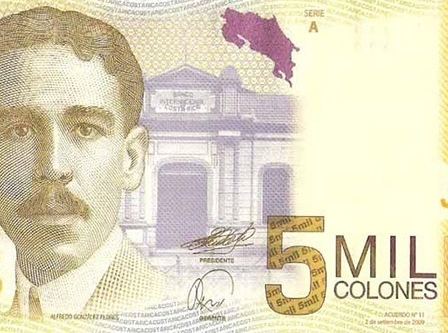 QCOSTARICA – Many wonder how Costa Rica’s currency, the Colon, has been able to maintain its valuation in relation to the U.S. dollar when other currencies around the region have not.

To maintain a high value for the Colon, Costa Rica shifted from a managed system to adopting, in February 2015, a floating exchange rate where the Colon is allowed to float against the U.S. dollar, with the Central Bank (Banco de Central de Costa Rica – BCCR) only intervening when there is an excessive fluctuation.

During 2015 the Central Bank has considered devaluating the Colon, the latest in September, with the aim of boosting the national economy, making export goods cheaper and boost foreign investment.

A negative effect of the current policy of maintain the Colon value high is that it stimulated the use of the U.S dollar in the local economy. A greater number of business, in particular in the tourism industry, where hotel rooms, tours and meals are priced in U.S. dollars.

The current policy has also led to a greater number of loans in U.S. dollars and the doubling of the amount of dollar reserves.

The private sector is divided between those who believe there is a need to devalue the Colon in order to regain competitiveness, and those who think that foreign exchange market intervention would worsen the overall situation.

While competitors such as Colombia, Mexico and other Latin American countries have chosen to devalue their currencies to improve their competitiveness, Costa Rica’s export sector is lamenting the fact that added to the increase in production costs that it must face.

According to the director of the Chamber of Industries of Costa Rica (Cámara de Industrias de Costa Rica), Francisco Gamboa, “not only is competitiveness deteriorating because of production costs, but so are the companies who are competing in the local market with imported products.”

Francisco Llobet, President of the Chamber of Commerce of Costa Rica (Cámara de Comercio de Costa Rica), said “the use of interventions in the exchange market in order to modify the real exchange rate, produces transient effects and worsens the overall situation for all economic agents.”

CNN Money last October wrote,  “the very fact that Costa Rica’s currency has gotten stronger against the dollar this year is quite a feat. It’s also a sign that Costa Rica is starting to shed its image as a banana republic and moving into an array of industries.”

“For a small country, we have been diversified,” Costa Rica’s President Luis Guillermo Solis told CNN Money in an interview.

While many countries in Latin America rely on commodities, ie. soybeans, oil and copper, commodity prices plummeted in 2015 and so did growth.

However, only 6% of Costa Rica’s economy comes from agriculture, relying mostly on services to drive economic growth. Tourism, technology, medical equipment and shipping are currently major growth industries in the country.

In the CNN interview, Solis admits poverty is a major issue in the country. About 20% of Costa Ricans live in poverty, he says; Unemployment is 9.5%.

At the beginning of 2014, the Colon lost value against the U.S. dollar and still hasn’t made back all the gains. Still, the country has made economic and currency gains in a year when the rest of the region’s growth has come to a halt.

Other countries such as Colombia, Argentina and Brazil has seen their currency lose value in relation to the U.S. dollar.

What can we expect in Costa Rica for 2016 ?  Can the Colon’s current value levels be maintained?  Many doubt it.